The seven coronavirus scams to look out for 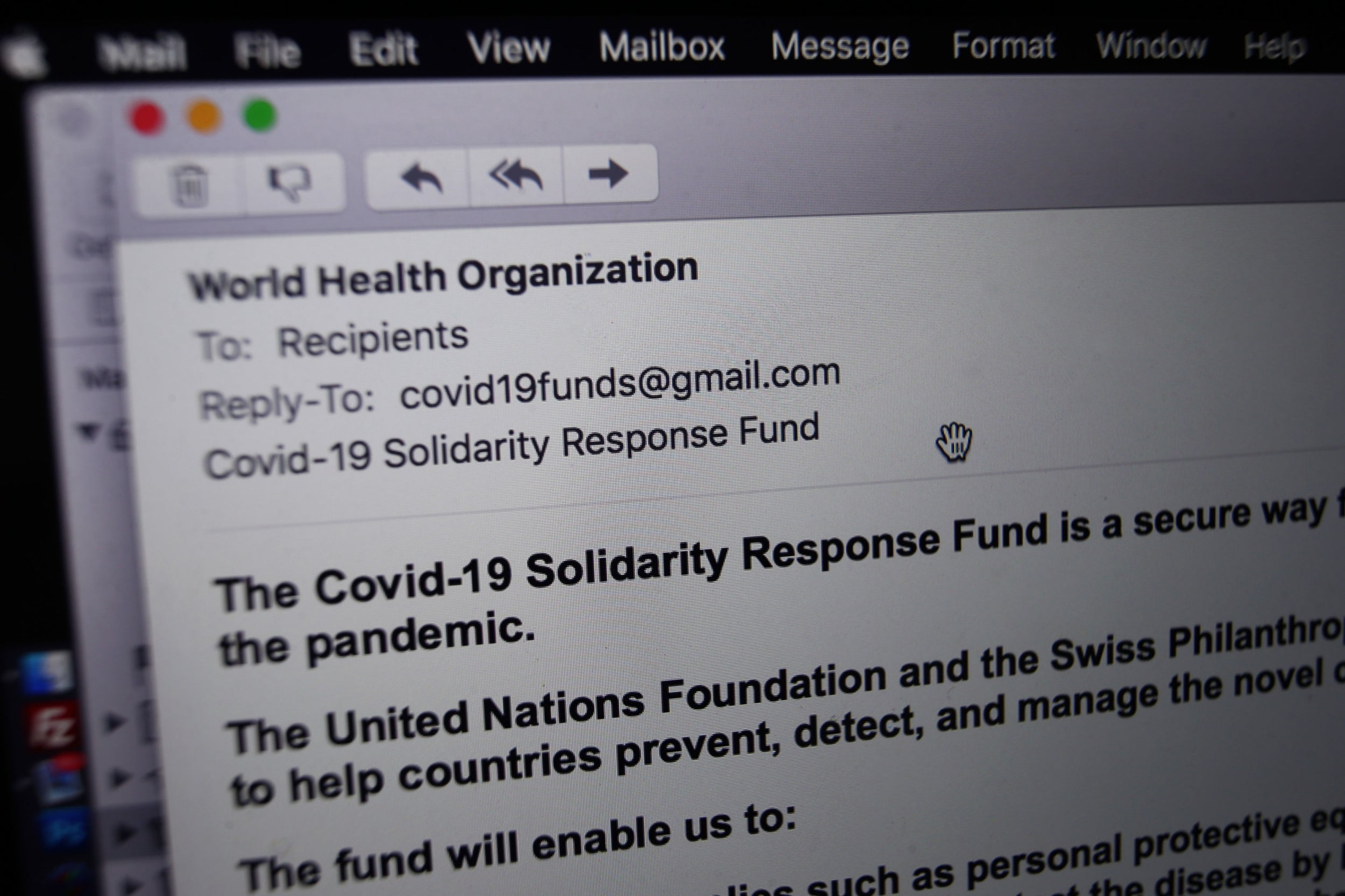 The current situation is perfect for fraudsters. It really could not be better – there’s a major news story that can be plausibly linked to all sorts of financial situations to make their scams seem genuine.

On top of that, there’s an unprecedented roll-out of new cash schemes designed to help people who might be struggling. Debt holidays, grants, loans – lots of different hooks for clever scammers.

And, of course, many people are desperate. Desperate for their finances to be saved, desperate for a government payout that will help them pay their bills and feed their families.

We knew it was coming, and we knew people would lose money at the worst possible time. But over the last few months, they have become increasingly sophisticated.

So what are the scams you need to be most aware of? We’ve dug into some of the most prolific, but remember that fraudsters adapt fast and tailor their scams to make them ever more plausible.

Always take time to assess whether something is genuine and never, ever provide information in response to an unsolicited phone call or email without pausing and checking.

Since the government lockdown began, more than a third of people say they have seen an increase in scams, according to a survey carried out by comparethemarket.com.

It found that the most frequent scams are linked to offers of personal protective equipment or hygiene products such as sanitiser gel. That might mean websites selling products they will never ship but it’s also important to be wary of websites collecting card details.

Stay safe by only shopping using trusted websites, being suspicious of offers that appear too good to be true and searching online for reviews before making any purchases.

Criminals are stealing business bank details by emailing bosses and claiming to be from HMRC. They ask for business bank account details, claiming that this is to guarantee payment of the salary subsidy.

At least one website has been taken down but this is a plausible scam. Now that the job retention scheme has been extended this gives fraudsters a further chance to steal data from bosses, perhaps by asking them to confirm their details.

This kind of scam could sink a struggling business, leaving all their employees out of work. So it’s vital employers remain vigilant.

With new schemes being launched almost weekly, scammers are creating realistic new ones to trap their targets.

The Chartered Trading Standards Institute (CTSI) has warned of a new email scam claiming to offer a council tax reduction, inviting recipients to click on a link and claim their discount via a plausible webpage covered in government branding.

In reality, it’s a phishing scam designed to steal sensitive data from victims.

Although there are many schemes being offered to help people in difficulties, never assume anything is genuine. Check the web address (carefully – often it’s very close or realistic), search online and if in doubt pick up the phone and ask the organisation if it’s real.

We’re told a tracing app is a necessary part of combating the virus, one that can warn people if they have come into contact with Covid-19.

But before it is even launched, scammers are using the idea of it to steal data and commit identity theft. Some people have already received texts claiming they have come into contact with a person who has tested positive, texts that include a link to a website that collects enough information to compromise their bank accounts.

As the tracing app is actually rolled out it’s likely we will see more such scams so this is one to watch out for.

It was always inevitable that there would be scams surrounding a scheme that paid out a lump sum to the UK’s army of freelancers.

However, as the scheme itself did not open until May, there were many freelancers who were particularly desperate for the money and so particularly susceptible to scams claiming to make or even fast-track payments.

In fact, HMRC has had to ask internet service providers to take down over 300 scam websites that are exploiting various aspects of the crisis and this self-employment scheme has been a significant part of that.

We’re all so bored of lockdown and we’re binging on box sets to distract ourselves. Scammers know this and so there’s been a spike in the number of scams claiming to offer free trials of subscription services like Netflix and Disney+.

Some of the scams claim existing customers need to update their credit card details or lose their service, in order to entice them into sharing their data.

Don’t click on any links in emails claiming to be from a TV service provider. Instead, use a link or phone number you trust to check whether it’s genuine and never simply share your details, data or passwords.

If there really is a free trial of any service then you will be able to find details by searching online. If you can’t then this is simply a scam.

All fraud is heartless but this scam seems especially so. With increasing numbers of people dealing with social isolation there has, rightly or wrongly, been an increase in the number of people looking to buy a pet to keep them company.

The Chartered Trading Standards Institute has reported a rise in the number of scams relating to animals and Action Fraud says it received reports of around £300,000 lost in phoney deposits for non-existent pet sales. Some criminals harvested additional cash from their victims by charging for vaccinations and other fake add-ons.

It’s understandable that some people want to buy a pet in this crisis but the RSPCA has warned that its centres aren’t open and travel to purchase a pet is not essential. Waiting may be hard but it is safer, financially and in terms of health.

Maybe not everyone is on board with the government’s new slogan but it is perfect for the current scam warning level.

Fraudsters will go far beyond those listed here, they are ever-evolving, ever perfecting, everlasting.

The only way to stay safe is to stay alert and question every communication you receive.

Hong Kong tabloid Apple Daily to shut down on Saturday