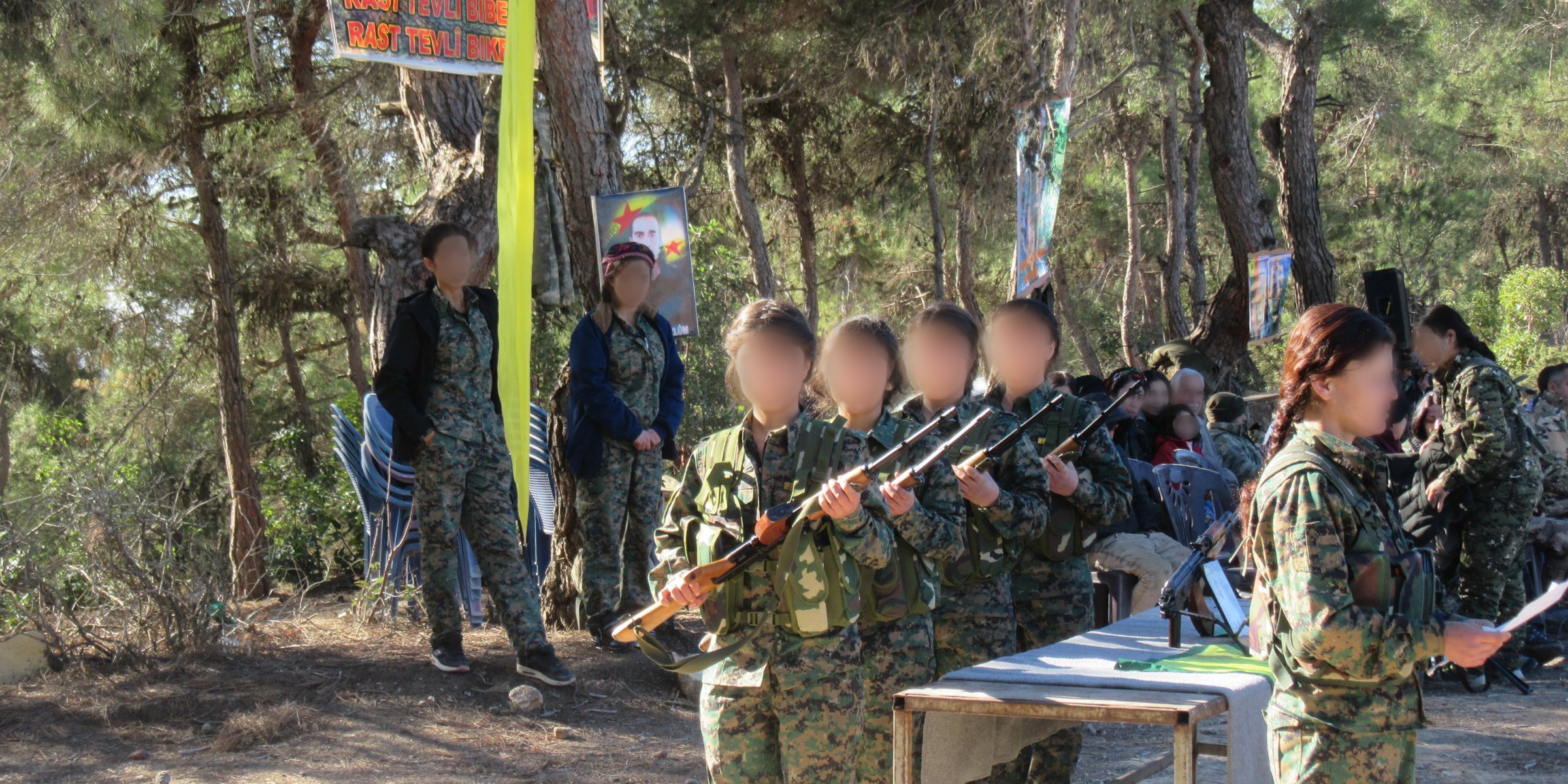 The PKK terrorist group’s Syrian branch, the YPG, is committing war crimes by abducting children, the National Coalition for Syrian Revolutionary and Opposition Forces (SMDK) said in a statement Tuesday.

SMDK, an umbrella organization for the moderate forces opposing the Bashar Assad regime, added that the YPG/PKK continues to forcibly recruit children.

The organization added that steps were needed for the better protection of children from terrorist organizations.

The YPG/PKK has especially focused on abducting children during the last couple of months. In July alone, two girls and two boys have been abducted and forcibly recruited. In June, the terrorist group abducted several children between the ages of 11 and 17.

The families of the abducted children long to see their loved ones released by the terrorists.

A prominent example of child abuse by the YPG/PKK recently made the headlines.

Dalya Mahmut Muslum, the 21-year-old niece of the YPG/PKK terrorist group’s former head, Salih Muslum, made a chilling confession after surrendering to the Turkish security forces in the southern province of Mersin.

Muslum said her father, Mahmut Muslum, had promised to “gift” a child to the terrorist group and that’s why she had to join the YPG/PKK in 2013 when she was only 14. After joining the group, she was first kept in a “child camp” in the eastern Syrian province of Qamishli.

The PKK’s use of child soldiers has been repeatedly documented and criticized by international human rights groups, including Amnesty International and Human Rights Watch (HRW).

The terrorist reportedly tricks families into giving up their young sons and daughters or outright kidnaps them, taking them to training camps where they are denied any contact with their families.

‘I have reassessed’: Former Pentagon official now says Trump may not have incited riot

Man Utd battle back to gain revenge on Tottenham

Atleticp Madrid: Oblak: Atletico Madrid are working to enjoy games like the one at Anfield

How would a European Super League work?