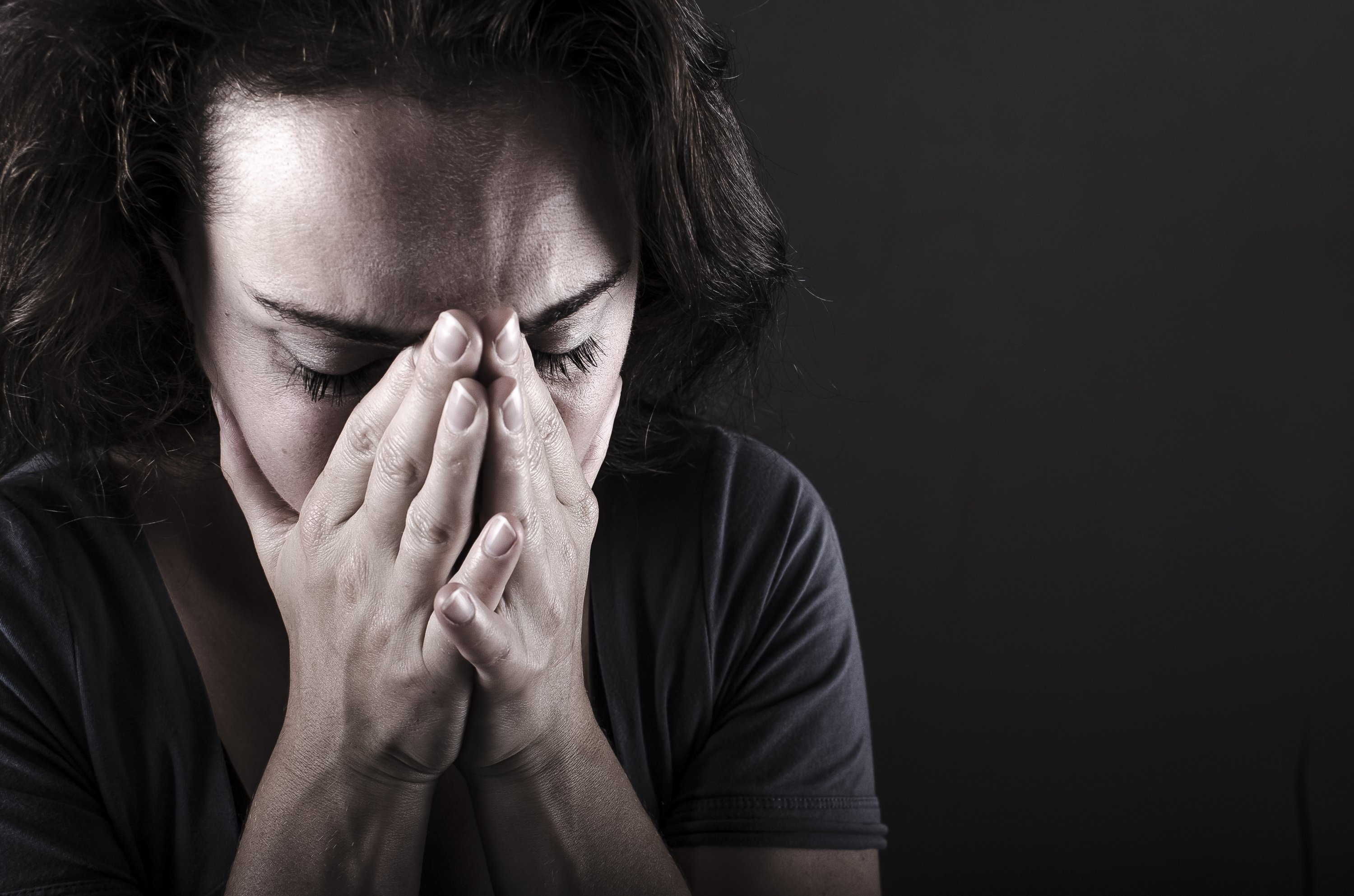 Nothing can bring back the thousands of Turkish women ruthlessly killed by men and no amount of apologizing will put their families’ and loved ones’ minds at ease, but government action in conjunction with societal support may save the lives of thousands of others.

Turkey has actively been trying to address the thorny issue of gender-based violence by pursuing an equal and violence-free environment for all genders through laws, regulations, conventions and awareness campaigns, but it seems laws and enforcement alone may not be the only solution to the country’s bleeding wound as women from all ages and backgrounds are exposed to domestic violence on a nationwide basis. While there has been a significant decline in femicides in the past year, experts argue that the problem, which is directly linked to social dynamics, perception of gender and mindset, can only be solved through a multifaceted approach, including societal consciousness and education in addition to laws, regulations and enforcement.

The controversy surrounding neverending violence against women makes headlines on a regular basis, and the atrocious murder of university student Pınar Gültekin by her ex-boyfriend reignited the debate on femicides.

There was a 34% decline in the rate of femicides in Turkey in the first six months of 2020, according to the Interior Ministry. While 173 women were killed in femicides from January through June in 2019, this number dropped to 115 in the same period in 2020.

“Our goal is to completely end domestic violence and violence against women,” the ministry said in the statement in early July. It noted that one of the reasons behind the decline could be attributed to the 66% surge in preventive measures taken by law enforcement officers under the scope of Turkey’s Law No. 6284 to protect families and prevent violence against women. The law was passed by the ruling Justice and Development Party (AK Party) in 2012 as part of a comprehensive action plan to fight domestic violence and covers everything from the prevention of violence to the protection of victims. It aims to provide women a range of legal options and protection against domestic violence through expanded social service networks to monitor cases, anger management programs and family consultation services. Around 320,322 preventative measures were taken in the first six months of 2020, a whopping 66% increase compared with the previous year.

Some 111,062 law enforcement officers received training on countering domestic violence, and they have continued to receive lessons through distance learning during the pandemic.

Turkey also increased the number of police departments responsible for following domestic violence cases from 81 to 1,005.

The life-saving app Women Emergency Assistance Notification System (KADES) developed by Turkish police in 2018 has been downloaded by over 463,000 people, and 33,097 emergency calls have been made through the app, according to official figures.

Sadly, domestic violence is not unique to Turkey or a particular class but affects women and infests societies throughout the world and costs governments billions of dollars besides the irreparable psycho-social costs. For instance, one in four women in Europe experience domestic violence at some point in their life, according to the Council of Europe, and the numbers are the same in the United States, according to statistics. However, figures on domestic violence are not always 100% accurate because the issue is so personal and private that it is often hidden at home, experts say.

“Domestic violence is not specific to Turkey or a societal class; it is a serious problem in the world’s most developed and underdeveloped countries,” Fatmanur Altun, a sociologist and the chairwoman of the Turkish Youth and Education Service Foundation (TÜRGEV), told Daily Sabah.

Noting that the main problem behind domestic violence lies deep within society, Altun said it is mostly caused by factors leading to societal degradation. These factors include the lack of mercy, the spread of hedonism and the lack of recreational time to allow individuals to spiritually and materialistically enhance themselves; instead, people spend long hours commuting, sever their ties with nature and spend their free time either in front of the television or technological devices.

“But as humans, we need to invest in things that can mentally and spiritually boost us because this is the only way we can enhance our compassion,” Altun said, as she noted that domestic violence is only one of the reflections of the lost spiritual connection in society, which has had a substantial impact on almost all forms of relationships, including those with friends, parents, colleagues and neighbors. “It is like everyone almost sees each other as a hurdle to be crossed, even though our culture prioritizes establishing good relations,” she said.

On a different note, the dynamics of relations between men and women shape the results as the mutual love, compassion and faithfulness of partners are reflected on their family, children and society, Altun said, calling it an “aura of compassion and love.” However, when such relations are based on profit and exploitation, violence replaces this aura, and children brought up in such environments, unfortunately, fail to experience feelings of love and compassion and mirror violence they experience at home on others.

For Altun, discussing violence against women solely as it is, is not enough to determine its causes or find solutions.

“It’s like trying to comprehend the reason behind a decayed tree solely by looking at its broken branch. You need to take into consideration all aspects, including its roots, its water, climate conditions and if the people taking care of it did their job properly so you can solve the matter,” Altun said, noting that a philosophical sense of effort needs to be made so that people and society can face each other, and there is no single solution.

“We want immediate results, and we want to identify an enemy, but the issue is deeper than that,” Altun said, adding that the issue is not just about women or families but a societal problem.

Derya Yanık, a lawyer and board member of the Women and Democracy Association (KADEM), agrees that domestic violence cannot be eliminated through laws alone.

“We need to raise societal awareness and fix the approach,” Yanık told Daily Sabah, adding that laws need to be supported by education and solid mental transformation.

Recent research shows slow progress in the societal perception about the issue of domestic violence, as more people recognize it as a major problem. For instance, according to a survey by Kadir Has University published in March, 66% of the male and female participants said they see violence as the main threat to women in Turkey, while this figure was 60% in the previous year. Likewise, 79% of participants said they see violence as a sufficient reason to file for divorce, also up from 74% in 2019. Only 4% of the participants saw violence as an option for men “to maintain the order in the family,” down from 14% in 2016. There has also been an increase in the contributions by fathers to take care of children, as 51% said the responsibility of taking care of children should be shared between partners on a regular basis, up from 42% in 2019. Some Turkish stay-at-home fathers have even made headlines and share their experience on popular social media outlets as they remind everyone that parenting is not limited to women and equality at home is the way to go. The number of female lawmakers in the Turkish Parliament has also increased in the past few decades, according to the Turkish Statistical Institute (TurkStat). For instance, the percentage of deputies was 9.1% in 2007, and this number increased to 17.3% in 2019 with 102 women out of 589 lawmakers.

“Turkey has been carefully drafting legislation as it tries to fight the causes behind domestic violence, but transforming society and making them forget the mistakes is not as easy as making laws,” Yanık said.

Article 9 of Turkey’s Constitution says men and women have equal rights, and the state is obliged to ensure this equality exists in practice and measures taken in this regard shall not be interpreted as contrary to the principle of equality. The paragraph on men and women was added in 2004, while the proceeding paragraphs were added in 2010 as part of the government’s efforts to eliminate domestic violence.

Meanwhile, recent remarks on the Istanbul Convention have sparked a new debate, as one side defends the convention and argues that it eliminates domestic violence, while the other side argues that it is ineffective and aims to destroy the idea of gender by creating a third gender and promotes LGBT activism, which they claim contradicts the country’s morals and values. Turkey was the first country to ratify it, while some Eastern European states like Bulgaria and Slovakia refused to sign it.

Earlier in July, AK Party Deputy Chairman Numan Kurtulmuş criticized the convention, saying that domestic violence would increase without the Istanbul Convention is nothing but a “myth.”

“We need to evaluate these claims in a calm manner,” Kurtulmuş said, adding that almost all political parties expect a revision of the convention as some articles of the pact damage the concept of family in the country.

However, the convention should not be seen as a “magic wand” to eliminate the deeply entrenched problem, according to Yanık.

According to a report presented to President Recep Tayyip Erdoğan at an executive party meeting, there has been a significant increase in the number of divorce cases, which jumped from 202,017 in 2014 to 248,640 in 2019. While some lawmakers claimed the Istanbul Convention has enabled women to defend themselves and file divorce cases, while others saw it as a negative development that shook the foundations of the family. While no official statement has been issued yet, the party is planning to discuss the matter in their upcoming central executive board meeting on Aug. 5. They aim to present a two-option road map and create a report on the effects of the Istanbul Convention on women’s rights, as well as its compatibility with the Turkish family structure.

On a different note, recently on Thursday, Parliament listened to the testimony of a woman who was allegedly raped by Peoples’ Democratic Party (HDP) Mardin deputy Tuma Çelik, whose immunity was lifted shortly after the victim, identified as D.K., filed a criminal complaint. It was the first time a victim had the chance to directly express her concerns before the peoples’ representatives, making Parliament a new communication channel for victims of domestic violence.

The past few decades in Turkey have shown that progress is possible when corrective measures are embraced and enforced by the government. Although the country and others have yet to eliminate domestic violence and femicides, developments show there may be a light at the end of the tunnel for future generations.

Price on silver, platinum down in Azerbaijan

Charlotte Wilder introduces us to Ava and her diabetic alert dog, Presley (VIDEO)