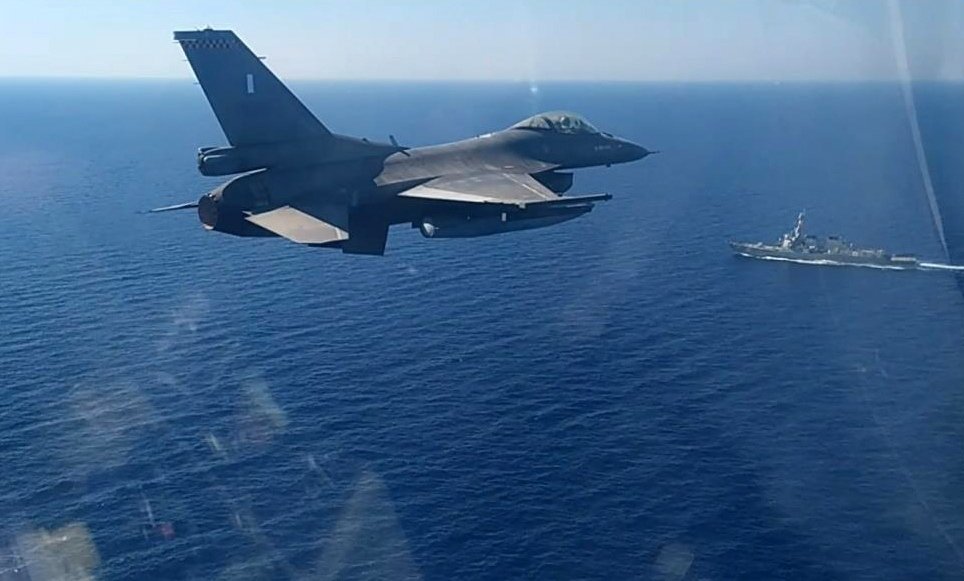 The European Union’s executive has called for dialogue with Turkey and demanded that Ankara refrain from unilateral steps that could stoke further tensions in the Eastern Mediterranean.

Should dialogue not bear fruit, a spokesperson for the European Commission told a briefing Monday, the EU had already moved toward sanctions.

The statement came after the EU’s 27 foreign ministers last week discussed tensions between the bloc’s members Greece and the Greek Cyprus administration, and Turkey, a NATO ally.

A senior EU diplomat said of the situation Friday: “As well as sticks (sanctions), there will be carrots too to get Ankara to engage in serious dialogue. These carrots could be progress on a new customs union or more money for the refugee program,” the source said under condition of anonymity.

Tensions have been running high for weeks in the Eastern Mediterranean as both Turkey and Greece have been conducting military maneuvers in the area.

Greece disputes Turkey’s current energy exploration activities in the Eastern Mediterranean, trying to box in Turkish maritime territory based on the proximity of its islands to the Turkish coast.

Turkey – the country with the longest coastline in the Mediterranean – has sent out drillships to explore energy reserves on its continental shelf.

The country has been firm in declaring that Ankara and the Turkish Republic of Northern Cyprus (TRNC) have rights in the region.

Ankara earlier said energy resources near the island of Cyprus must be shared fairly between the Greek Cypriot administration and the TRNC – which has issued Ankara’s state oil company Turkish Petroleum (TPAO) with a license for exploration.

Both countries have called on allies for support, urging the international community to mediate between them.

On Wednesday, Greece, along with France, Italy and the Greek Cypriot administration, launched a three-day joint military exercise in the area south of Crete, while Turkey conducted drills with the U.S. Navy nearby.

The Turkish Defense Ministry also conducted its own drills with an Italian naval vessel Tuesday.

The same U.S. destroyer that took part in the exercises with Turkey staged air and sea maneuvers with the Greek navy south of Crete Monday.

‘I have reassessed’: Former Pentagon official now says Trump may not have incited riot

Gold slides to two-month low while silver takes a bullet