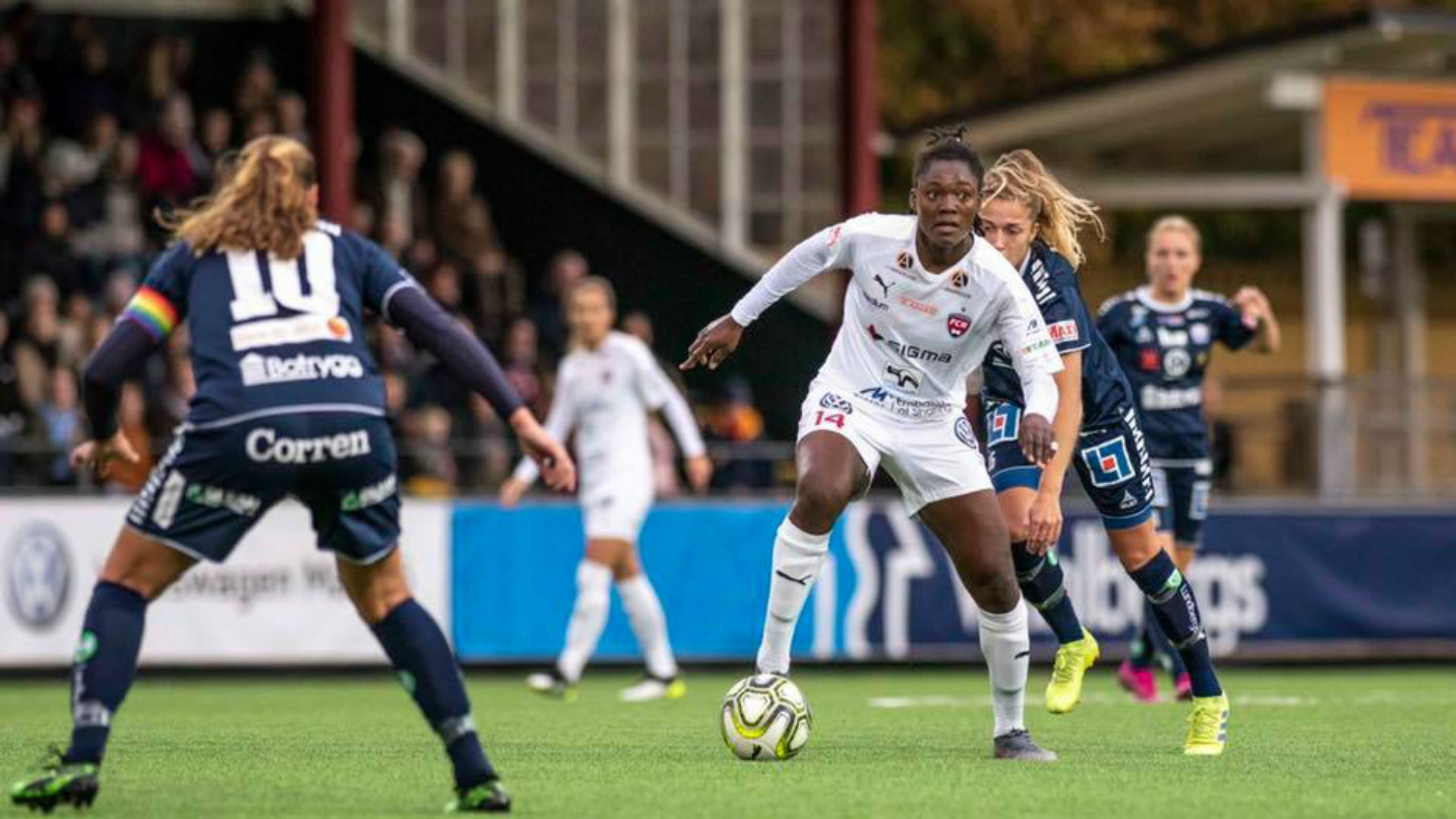 Jonas Eidevall’s team came into the encounter having secured a 3-0 victory over Djurgarden, where the Nigerian youngster scored her first goal of the season on her second start at Malmo IP.

Following her exploits in the team’s last outing, the 2018 Africa Women’s Cup of Nations winner was handed her third start of the season and she made the best of the opportunity in Orebro.

Imo justified the confidence reposed in her by hung on until Johanna Rytting Kaneryd set up Anna Anvegard to double the lead two minutes after the former replaced Imo in the 68th minute.

Twelve minutes full-from time, Alexandra Lowe Riley teed up Anvegard to bag her second goal of the match and seal the triumph for the visitors.

Imo, who now has two goals in 15 outings for Rosengard this term, was in action for 68 minutes before she was replaced by Kaneryd.

The result saw Rosengard retain a three-point lead at the top of the log with 38 points from 15 matches and they will face seventh-placed Umea in their next fixture on September 26.

Microsoft Word – ASSESSING THE RISK OF CHEMICALS TO CHILDRENS HEALTH AN OECD-WIDE SURVEY20130916clean.docx

World Peace is Not Only Possible But Inevitable — Global Issues