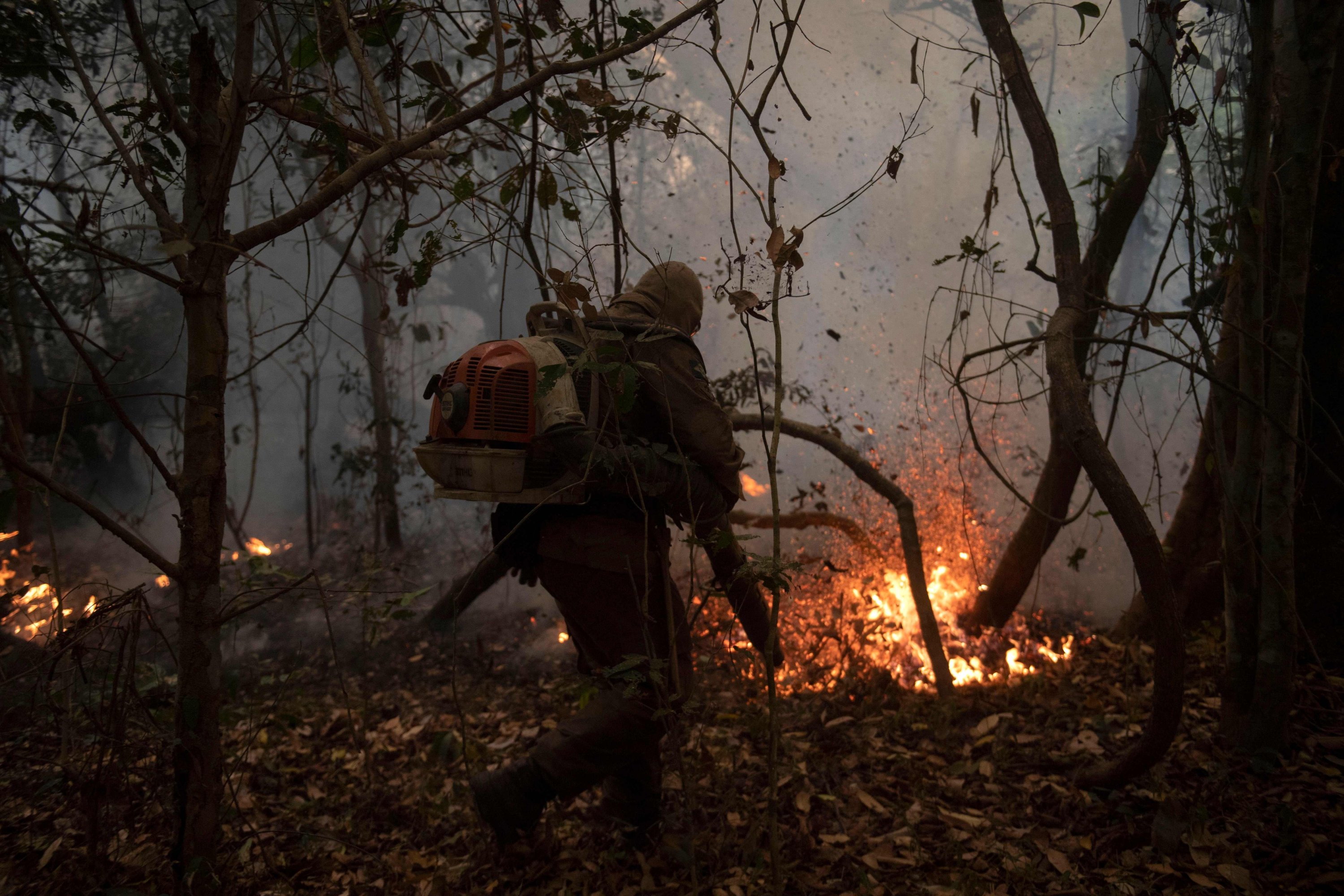 Brazil’s government has declared a state of emergency for the state of Mato Grosso do Sul over fires in Pantanal, the world’s largest wetland.

A ministerial decree published in an extra edition of the government’s official gazette announced the state of emergency on Monday.

The decree means the state government can receive federal funds for relief efforts and firefighting, according to local media reports.

It was not immediately clear how much funding they would receive and when.

Environmental authorities, soldiers and local firefighters have been battling the blazes.

Between January and Sunday, 14,489 sources of fire were registered, compared to 4,699 in the same timeframe last year. Fires have already destroyed 10% of Pantanal this year.

Brazilian media are saying the area affected is around the size of Israel and Palestine.

The ground in Pantanal is so dry that a spark is enough to start a fire. Flaring is the easiest and cheapest way for small farm owners to clean fields and prepare them for sowing, but sometimes the fires get out of hand.

Like in the Amazon region, the Pantanal is also threatened by land grabbing for cattle pastures and soy cultivation.

The Pantanal stretches from the state of Mato Grosso do Sul across Mato Grosso and into the neighboring countries of Bolivia and Paraguay.

It is made up of a system of rivers and lakes and is home to jaguars and pumas, as well as the capybara – the world’s largest rodent.

Hundreds of bird species, including the endangered hyacinth macaw, and huge fish populations also live there.

Why the Queen, Kate Middleton and Camilla wore colourless jewels to the funeral

Meghan Markle handwrote a message to Prince Philip ahead of funeral

Griezmann on target as France down Croatia

[email protected]: Making Money from Home as a Laundry Hero