Cost of Being POTUS: How Much of His Fortune Did Trump Lose During Four-Years of Presidency? 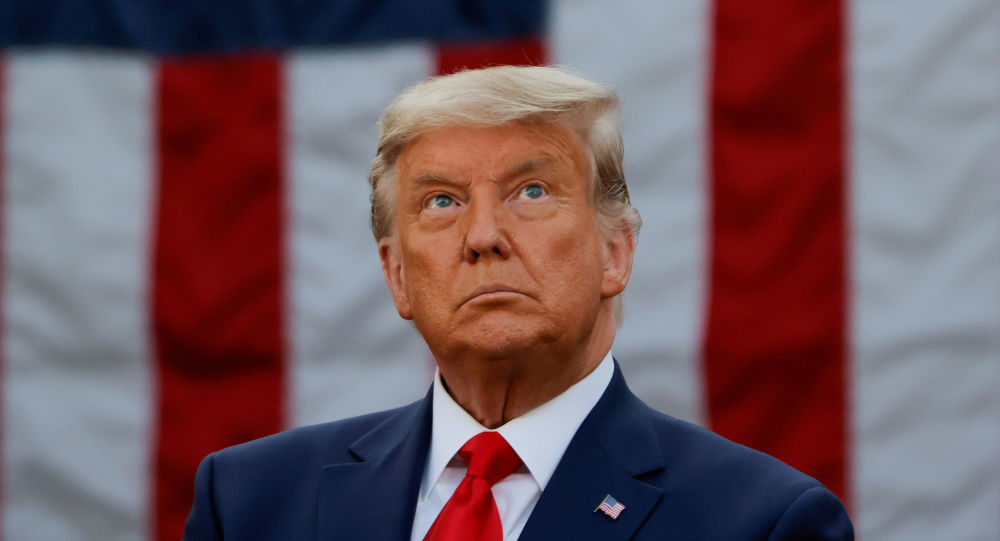 Earlier, several US media outlets published conflicting reports about Trump having a debt ranging from $400 million to $1 billion that he had accumulated in recent years. POTUS himself dismissed the reports as “fake news”.

Back in 2016, Donald Trump became the first billionaire in US history to become president, but over his four years in the White House, he fell 183 places in Forbes’ list of the 400 richest Americans – down to ranking 339th.

His estimated net worth nosedived from around $4.5 billion in March 2016, before he secured the post of commander-in-chief, to $2.5 billion in 2020. In 2016 alone, he spent around $66 million of his own money to boost his presidential campaign, while raising a total of $368 million (adjusted for inflation).

However, it is possible that it was not the presidency that drained the billionaire’s pockets, as many of the things that Donald Trump was doing over the last four years were paid with the American taxpayers’ money. Things like transportation cost around $350 million per year, while maintaining a sufficient level of security, both at the White House and at Trump’s numerous private residences, such as Mar-a-Lago, added another $41 million to the bill annually, according to some estimates.

Where Did All the Money Go?

According to Forbes, the biggest decreases in Trump’s fortune happened in 2017 and in 2020. The media outlet reported the billionaire’s fortune sliding down from $3.7 billion at the end of 2016 to $3.1 billion in 2017, citing a “weakening” in New York City’s retail and office real estate markets – two spheres where Trump has numerous assets.

The second significant drop in POTUS’ wealth happened in 2020, when fell to the current $2.5 billion. But unlike in 2016, POTUS spent none of his personal savings on his 2020 campaign, accumulating $557 million in raised funds instead. The media outlet identifies the coronavirus pandemic as the key source of Trump’s shrinking net fortune in 2020. The main sources of the US president’s wealth are his numerous hotels, office buildings, and golf courses, and practically all of them suffered greatly from the lockdowns, working from home, and businesses closing under the pressure of the pandemic.

POTUS’ only assets that grew in value in 2020, according to Forbes’ estimates, were the Trump World Tower, which profited from having large garage spaces that were in demand this year, several homes in Palm Beach, Florida, and his Mar-a-Lago resort.

The rest of his assets were in various levels of red, accounting for the dramatic dive in the president’s wealth, which is reportedly also burdened by multimillion-dollar debts. According to numerous US media reports, Trump owes between $400 million and $1 billion to one or several lenders. POTUS himself, however, has dismissed reports about his debts as “fake news”.