In 2014, it was women who stopped Scotland becoming independent.

But it was still a man’s fault, of course. Those of us who were around at the time, while many of the SNP’s earnest young activists of today were still squeezing their spots, will recall a multitude of media articles on how it was apparently the fairer sex’s personal antipathy to Alex Salmond that was responsible for the No camp’s victory.

And who knows, maybe that was true and maybe it wasn’t. We have no idea. But what we do know is that you can’t have it both ways.

Because the actual latest poll – a Survation one released tonight – tells another story.

While it’s the 19th in a row to record a Yes lead (a wafer-thin 51/49), it shows that the male Yes vote has flipped from a six-point lead in 2014 to a six-point deficit in 2021. If “the Sturgeon factor” has “turned the female vote around”, it seems it’s done the same thing to the male vote, but unfortunately in the opposite direction.

So when can we expect the articles about Nicola Sturgeon’s “man problem”? 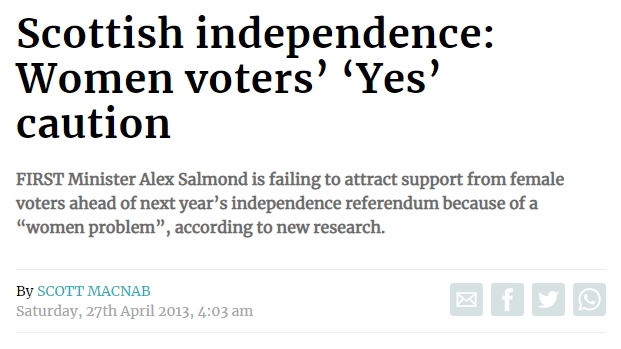 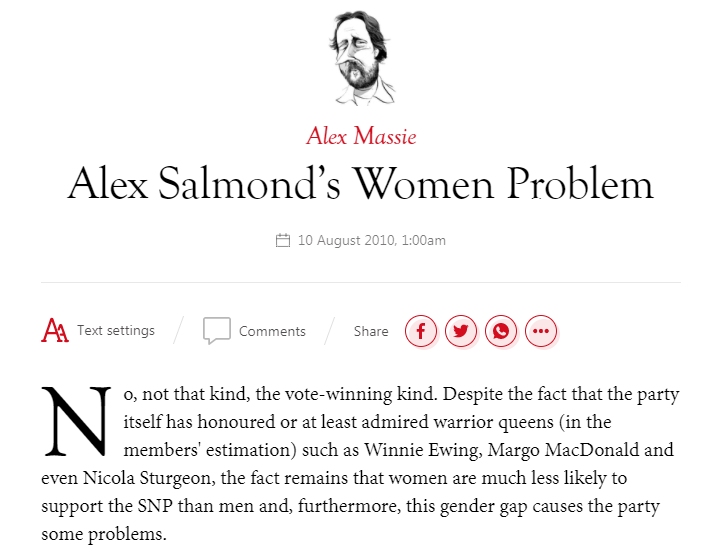 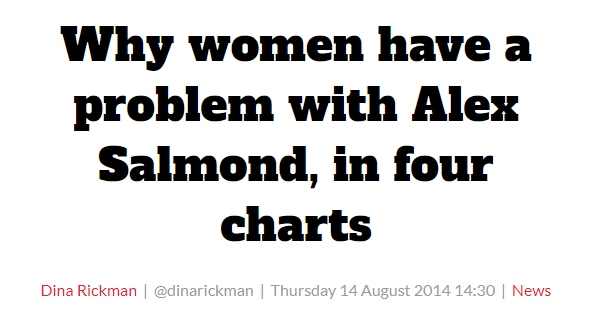 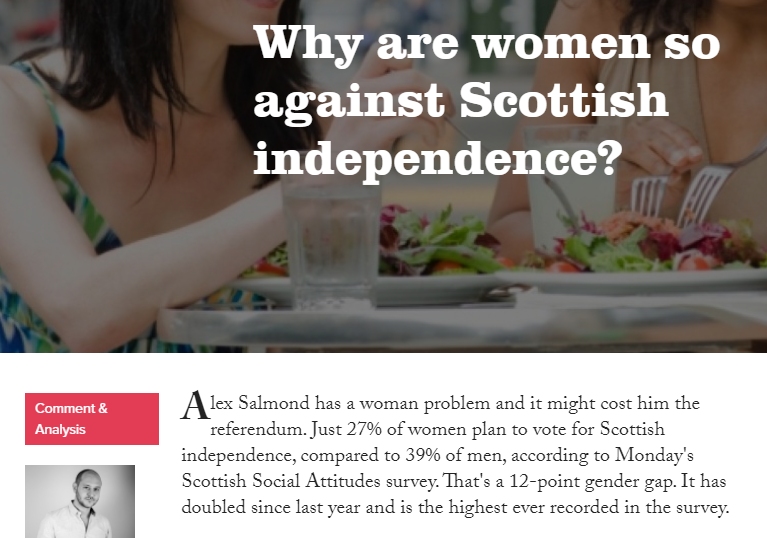 Because just trading male voters for female ones isn’t much use – they both count the same, whatever certain people might wish or have you believe – and 51/49 is a little bit too close for comfort in our book.

So why don’t men like Nicola Sturgeon? Asking for a couple of million friends.

France, Waging a Crackdown, Honors a Teacher and Depicts a Plot in Beheading