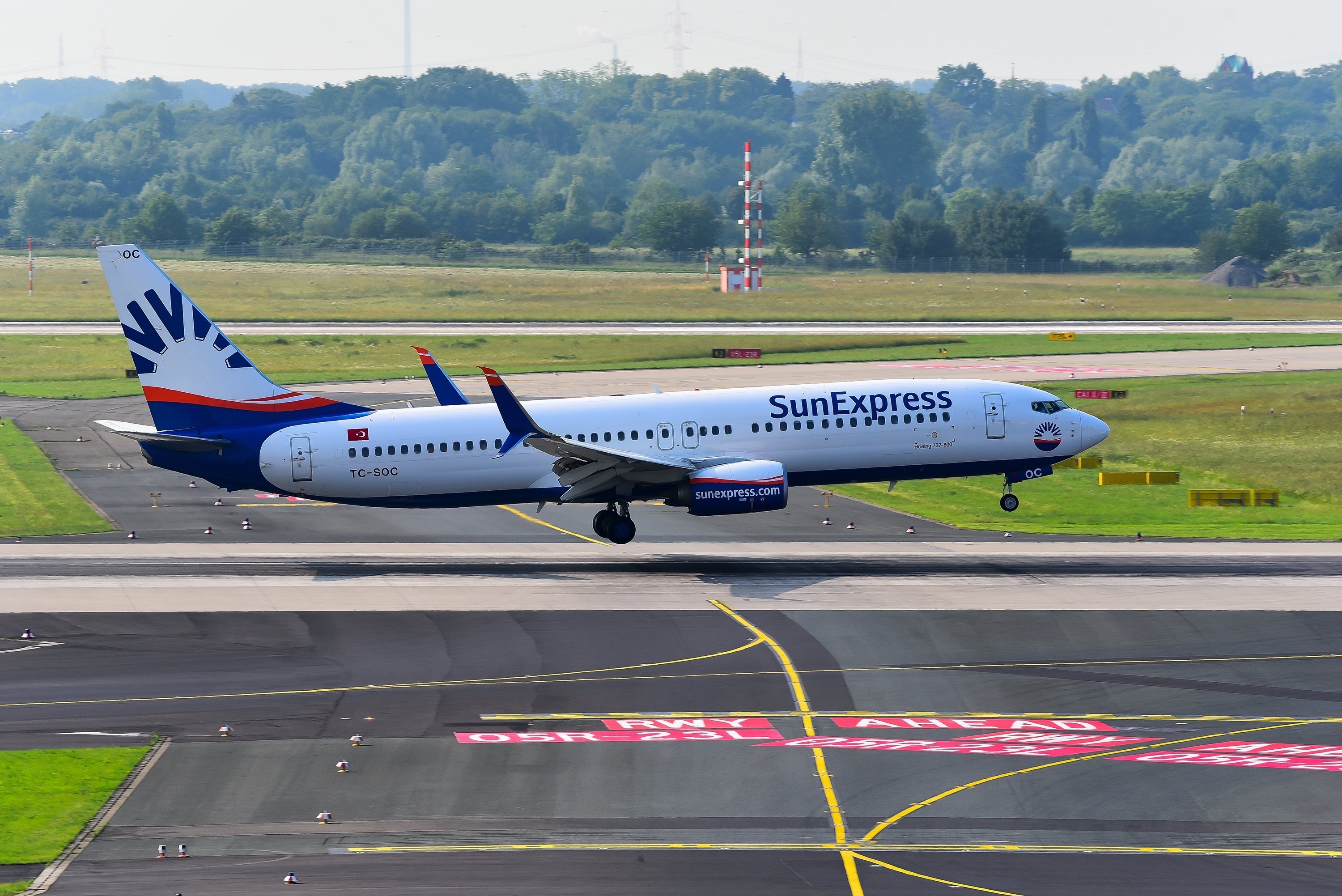 SunExpress, a joint venture of Turkey’s national flag carrier Turkish Airlines (THY) and German carrier Lufthansa is set to contribute to Turkish tourism by adding new destinations to its flight network this summer, the airliner said Tuesday.

The company said it would expand its flight network between Turkey and Europe by adding new routes from the Turkish resort cities of southern Antalya and western Izmir along the Mediterranean and Aegean coasts, including three major cities in the Middle East, namely the Lebanese capital Beirut, Irbil in northern Iraq and Tel Aviv.

“We are expecting to see a ramp-up in demand for travel during the upcoming summer season,” SunExpress CEO Max Kownatzki said.

Predicting that widely applied vaccinations in many countries and easy availability of COVID-19 tests will be a driver for tourism growth in the upcoming holiday season, Kownatzki said: “This will enable all vacationers to travel more safely and will eventually lead to an increase in the number of European tourists visiting Turkey.”

Praising Turkey’s successful initiatives to curb the spread of the virus since it first emerged, Kownatzki said Turkish tourism would pick up considerable momentum and emerge from the crisis stronger, depending on the progress of the vaccine rollout in Turkey and countries in its flight network.

“As a key contributor to the Turkish tourism industry, we are poised to foster this strong comeback,” he added.

SunExpress, which operates direct flights from Turkey to 27 countries and 52 destinations, will offer almost 6 million seats on international routes and 1.8 million seats on domestic routes in the upcoming summer season.

Kownatzki said the new routes will not only strengthen the bridge they established between Turkey and Europe this summer but will open up new markets.

“We will connect Antalya and Izmir to the major centers in Eastern Europe and the Middle East. Thanks to the dynamic structure of our company, we are taking into consideration the demands of our passengers while determining the new routes and prefer the destinations that attract the most demand,” he said.

Meanwhile, SunExpress, which connects 15 Anatolian cities, including the southwestern resort towns of Bodrum and Dalaman, with direct flights to many major cities in Europe, outside of Antalya and Izmir, will start to fly on seven new routes from five different Anatolian cities in the summer season of 2021.

Chile: Improving opportunities for all is key to a more inclusive and productive economy – OECD

Philip Cross: There’s a bit of Trump populism in us Canadians, too