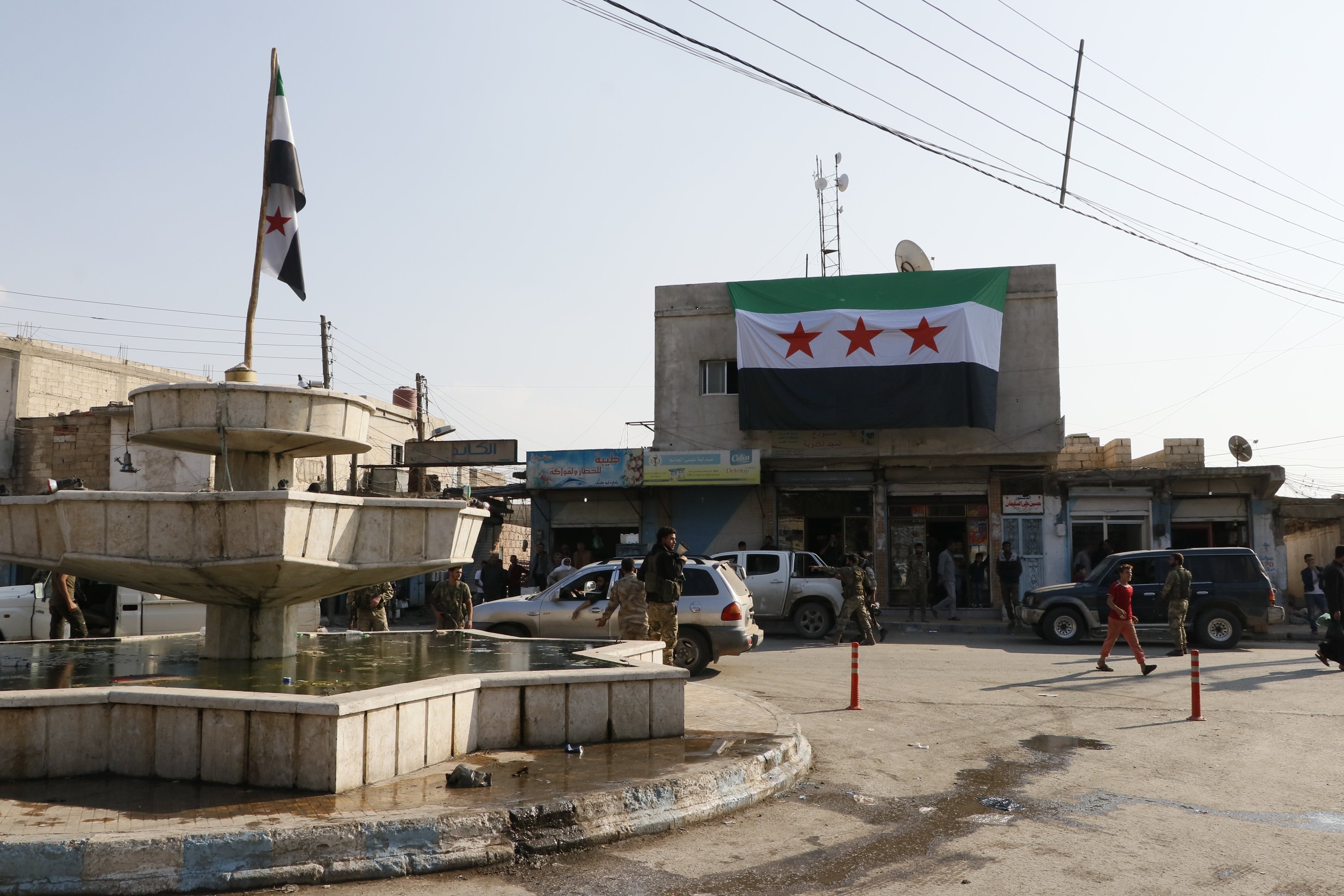 Two soldiers of the Turkey-backed Syrian National Army (SNA) were killed, seven others were injured in a rocket attack by the PKK terrorist group’s Syrian offshoot the YPG in Tal Abyad, officials said Tuesday.

Şanlıurfa Governor’s Office in southeastern Turkey said the terrorists attacked the SNA’s checkpoint in the town of Ayn Isa with a heat-seeking rocket.

The wounded soldiers were referred to a hospital in Tal Abyad and later to a state hospital in Şanlıurfa’s Akçakale district.

An investigation was launched into the attack by local security forces and judicial authorities in coordination with the Şanlıurfa Governorate.

The YPG/PKK often attacks civilian settlements in Ras al-Ain and Tal Abyad from the areas occupied by the terror group, namely Tal Tamr and Ayn Isa.

Northern Syria’s districts under Turkish control are regularly targeted by the YPG, which seized control of large swathes of land in the northern parts of the war-torn country with the Assad regime’s blessing when clashes intensified in 2012.

Ankara considers the YPG, which was backed by the U.S.-led anti-Daesh coalition on the pretext of fighting the Daesh terrorist group on the ground, a grave national security threat.

Following the occupation by the Daesh terrorist organization in 2014 and the YPG one year later, thousands fled either to other regions within Syria or seeking refuge in neighboring countries.

The Turkish military liberated the town from terrorists on Oct. 13, 2019, in Operation Peace Spring.

Syria’s war has killed more than 387,000 people and displaced millions since starting in 2011 with the brutal repression of anti-regime protests.

In its more than 40-year terror campaign against Turkey, the PKK-listed as a terrorist organization by Turkey, the U.S. and the European Union-has been responsible for the deaths of at least 40,000 people, including women, children and infants. The YPG is the PKK’s Syrian branch.

At least 11 dead during flooding in Cambodia

Wait, What Does Biden Really Think About Kamala Harris?