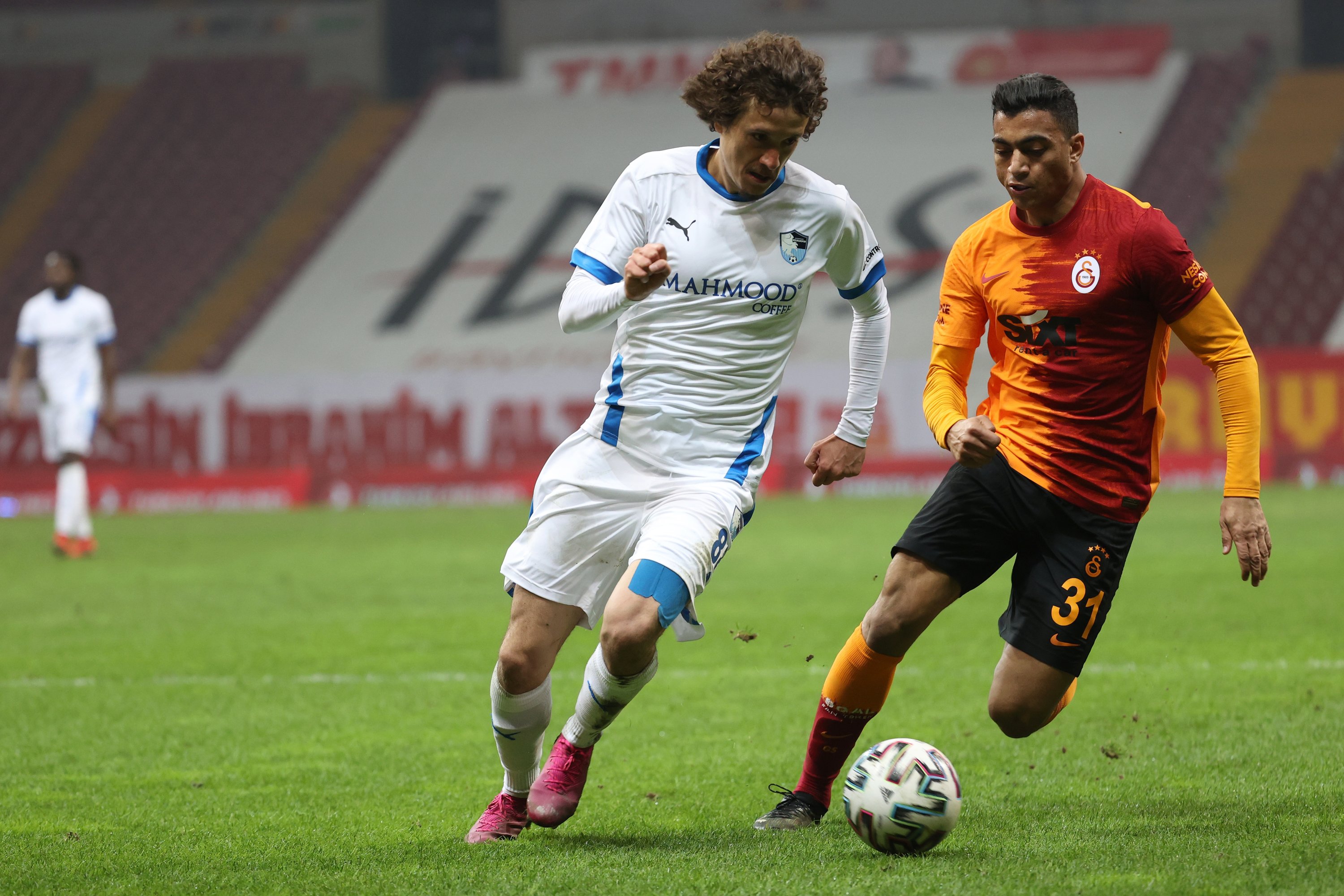 With the win, the Lions maintained their lead in Turkey’s top-tier football league.

Mohamed scored the opener in minute 38 at Türk Telekom Stadium when he followed a rebound from goalkeeper Goktug Bakirbas and fired a low strike into the net.

The 23-year-old then doubled the lead in the 45th minute after receiving a long pass from Christian Luyindama in the area and made a vicious right-footed shot toward goal. The ball hit the crossbar before going into the net.

Galatasaray clinched the shutout victory for its eighth straight win in the Süper Lig. The Lions currently have 57 points at the top of the league table. Beşiktaş is second with 54 points and Fenerbahçe has 51 to round up the top three in the standings.

The 34-year-old team captain has been a Galatasaray regular for 10 seasons after joining the Istanbul club from Italy’s Lazio in 2011.

He became the first foreigner to make 300 league appearances on a single Süper Lig team.

Before the match, manager Fatih Terim presented him with a plaque for reaching the milestone.

His teammates congratulated the Uruguayan international on his achievement.

Is PSG vs Bayern Munich on TV tonight?

Is PSG vs Bayern Munich on TV tonight?