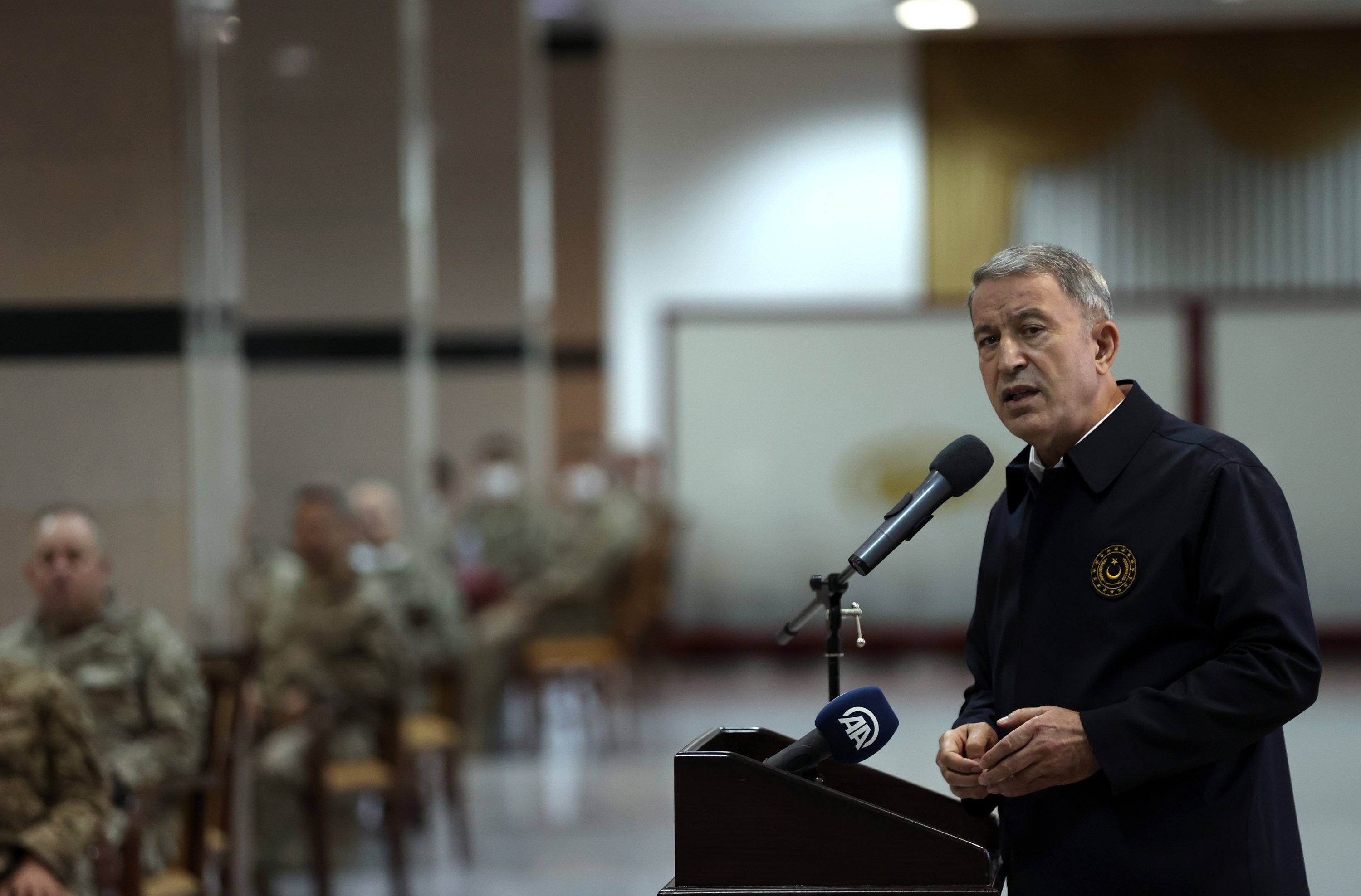 Turkey and Egypt will overcome the stagnant relations of the past several years, Defense Minister Hulusi Akar said on Saturday, as the two countries attempt to normalize diplomatic relations that deteriorated following the Arab Spring.

“We see that relations with Egypt are improving. While this gives friends trust and joy, it gives fear to others. There might be a standstill in relations due to a range of issues, yet I believe that this will pass in a short time and our brotherhood with Egypt will once again be at the highest level,” Akar said.

Speaking on a visit to the special forces command, the defense minister stated that the upcoming time will be decisive for bilateral relations.

“We will experience that this will be highly beneficial and is necessary for Turkey, Libya and Egypt,” he emphaiszed.

Recently, Turkey’s presidential spokesperson, Ibrahim Kalın, similarly stated that better relations with Egypt might bring peace to Libya. Ankara and Cairo have been supporting opposing sides in the Libyan civil war, with Egypt supporting putschist Gen. Khalifa Haftar based in the east and Turkey the official Libyan government based in the capital Tripoli.

Earlier this year, Turkey said it had resumed diplomatic contact with Egypt and that Turkey wanted to improve cooperation after years of tensions that began with the disruption of relations in 2013.

Relations between Turkey and Egypt deteriorated after Gen. Abdel-Fattah el-Sissi toppled the country’s first democratically elected president, Mohammed Morsi, in a coup after only a year in office. Ankara has maintained its position that a democratically elected president cannot be deposed by a military coup and thus, has voiced its criticism of el-Sissi and his backers, including the West and some of Ankara’s rivals in the Gulf region. The Egyptian government, on the other hand, urged Turkey not to intervene in an issue that it considers to be the country’s internal affairs. The dispute led to a deadlock in bilateral relations for many years.

Recently, however, signs of a possible reconciliation have come from both countries, particularly due to the changing dynamics in the Eastern Mediterranean and the Turkey-Greece crisis over the region’s energy resources. The two countries exchanged positive signals that pointed to establishing contact and dialogue, including the possibility of holding talks to demarcate their maritime borders in the Eastern Mediterranean.

After Turkey and Libya signed a maritime deal in 2019, Egypt and Greece also signed an agreement in August 2020, designating an exclusive economic zone (EEZ) in the Eastern Mediterranean between the two countries.

Most recently, Turkish and Egyptian delegations met in Cairo to discuss bilateral ties in a first since 2013.

Akar also touched upon the situation in the Eastern Mediterranean. He stated that while Turkey is fighting terrorist organizations in Iraq and Syria’s north on one side, it is also struggling to defend its rights and those of Turkish Cypriots in the Aegean, the Mediterranean and Cyprus.

The minister pointed out that while Turkey is pursuing dialogue to solve problems with Greece, Athens resorts to provocative actions.

Reiterating that both countries have been engaging in talks recently, he added that Ankara expected to hold a meeting on confidence-building measures in Turkey.

In January, Turkey and Greece launched the first direct exploratory talks in nearly five years to address their disputes related to sovereignty rights in the region.

The two NATO allies have been at odds over decades-old issues, including the extent of air and maritime boundaries in the Aegean Sea and the future of the divided island of Cyprus.

Turkey, which has the longest continental coastline in the Eastern Mediterranean, has rejected maritime boundary claims made by European Union members Greece and the Greek Cypriot administration, stressing that these excessive claims violate the sovereign rights of both Turkey and the Turkish Republic of Northern Cyprus (TRNC). Both sides cite a range of decades-old treaties and international agreements to support their conflicting territorial claims.