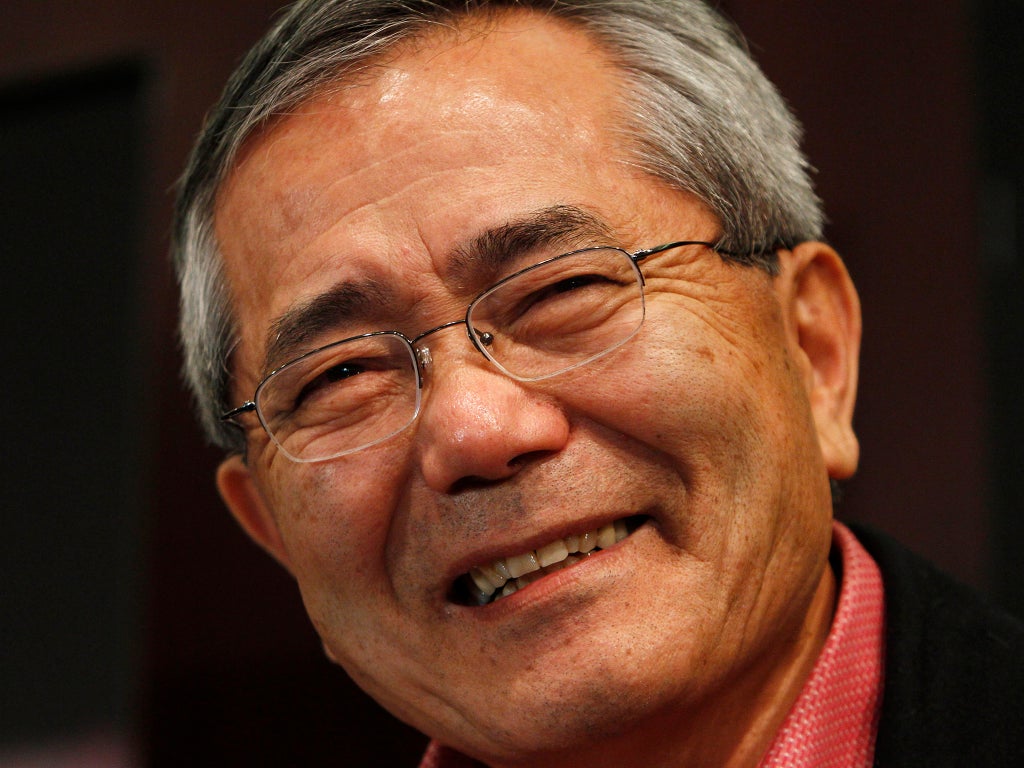 Ei-ichi Negishi, a Japanese chemist who won the Nobel Prize for pioneering a precise and efficient technique to build complex organic molecules, paving the way for the development of new drugs and electronic devices, has died aged 85.

While Negishi’s name is little known outside of chemistry, his research proved crucial to the creation of compounds used in everything from fungicides to organic light-emitting diodes, which are used to make razor-thin television and computer screens. “If you make molecules, you know his work,” says James Tour, a Rice University chemistry professor.

In 2010, Negishi shared the chemistry Nobel with Richard Heck of the University of Delaware and Akira Suzuki of Hokkaido University in Japan. Working independently, they developed new techniques to link carbon atoms, which serve as the backbone of organic molecules common to all living organisms. The Nobel committee described their approach as “great art in a test tube”.

While large carbon-based molecules have been used to make drugs and plastics for decades, binding one carbon atom to another is often challenging. Chemists would use reactive substances to kick-start chemical reactions, but that method frequently resulted in unwanted byproducts that sullied test tubes.

Beginning in 1968, Heck demonstrated that the metal palladium could be used as a catalyst, a kind of chemical matchmaker capable of bringing carbon atoms together. The Heck reaction, as it became known, is used to make drugs including the anti-inflammatory naproxen.

Building on his findings, Negishi added zinc compounds to the recipe in 1977, coupling carbon atoms in an effective new way. With his technique, chemists could create bonds between atoms with almost the same ease as a child snapping together Lego bricks. “Legos can be combined to make things of any shape, size and colour, and our reactions make this a possibility for organic compounds,” he declared.

Suzuki later refined the process further, using the element boron. Together, the reactions the chemists developed are known as palladium-catalysed cross couplings. “They are used almost continually by every major pharmaceutical company on a daily basis, from drug discovery through manufacturing,” Stephen Buchwald, a chemistry professor at the Massachusetts Institute of Technology, told The New York Times in 2010. “They basically revolutionised the industry.”

Negishi frequently said that he had sought the Nobel Prize for years, following the advice of his mentor Herbert Brown, a fellow Nobel laureate who once told him to “pursue research that will eventually be published in textbooks”. He urged his students to similar heights, prodding them to think and talk like master chemists, sometimes while cornering them at the chalkboard.

“He could push people so hard that he could bring them to tears,” says Tour, who studied under Negishi as an undergraduate and as a PhD student in the 1980s. “That seemed not to bother him too much. He was going to make you think about these topics.” Negishi, he added, was fiercely competitive, whether in chemistry, croquet or karaoke. “He had a good voice and he knew it.”

But his intensity was complemented by a gracious and supportive side that came out when he welcomed students into his office after class, made time to ask about their careers and met with faculty to offer support for their research. “He never really had tremendous vanity,” said Arun Ghosh, a fellow chemistry professor at Purdue. “Anybody at any level could come in and talk to him.”

The day he won the Nobel Prize, Negishi excused himself from a Purdue news conference to walk across campus and teach an undergraduate organic chemistry course, according to the Daily Yomiuri, a Tokyo newspaper. Asked if lessons would go forward as scheduled later that week, he joked that there was nothing wrong with continuing to teach even after you received the Nobel Prize.

Ei-ichi Negishi was born on 14 July 1935, in what is now Changchun, China. At the time, the city was known as Hsinking and was the capital of the Japanese puppet state of Manchukuo. The family relocated several times before settling in a rural area outside Tokyo after the Second World War.

His father worked as a farmer, and his mother focused on raising their five children. Negishi later recalled that he was an unambitious student, more interested in ice skating or poring over a world atlas than in studying until he realised that his high school classmates were obsessed with attending a prestigious university.

Deciding to join them, he rose to become the top student in his class and earned a spot at the University of Tokyo. For the next few years, he commuted two hours each way from his home in Yamato to the campus in Hongo, often forced to stand on a packed train. When gastrointestinal illness led him to repeat his junior year, he spent his free time learning conversational English.

Negishi received a bachelor’s degree in engineering in 1958 and – aided by his English lessons and subsequent tutoring – earned a Fulbright scholarship to study chemistry in the US, which he called “the single most important turning point in my professional career”. He received a PhD from the University of Pennsylvania in 1963.

As a postdoctoral fellow at Purdue, he worked under Brown, who received the 1979 Nobel Prize in chemistry and who also mentored Suzuki, the Japanese chemist who won a share of the 2010 prize. Negishi later taught at Syracuse University before returning to Purdue in 1979.

He received the Order of Culture from Japan’s Emperor Akihito in 2010, was elected to the US National Academy of Sciences in 2014 and wrote more than 400 papers before retiring in 2019.

The previous year, police had found him dehydrated and confused, wandering down a rural stretch of road near Rockford, Illinois. His wife of 58 years, the former Sumire Suzuki, was discovered dead in their car. Negishi’s family said in a statement at the time that he appeared to be searching for help after their car got stuck in a ditch en route to the airport, and “was apparently suffering from an acute state of confusion and shock”.

An autopsy report concluded that she died of hypothermia, complicated by Parkinson’s disease and hypertension, according to the Lafayette Journal & Courier. His wife had worked with the families of Japanese employees who relocated to work at a Subaru auto plant in Indiana, helping them adjust to life in the region.

Negishi said that half of the Nobel Prize belonged to his wife, for the support she gave him throughout his career. Holding the gold medal in his hand after receiving the honour in Stockholm, he said, “I feel the weight that I’ve waited for for 50 years.”

In the years since, he seldom let it leave his side, often carrying it in his wallet and passing it around at dinners, according to Tour. At one point someone dropped the medal, flattening one of its sides. Negishi laughed it off, Tour says. “He really wanted to share that thing.”

He is survived by his two daughters; four grandchildren; and great-grandchild.

13 movie mistakes that made their scenes much better