Florida man wraps up his own defense in double-murder trial 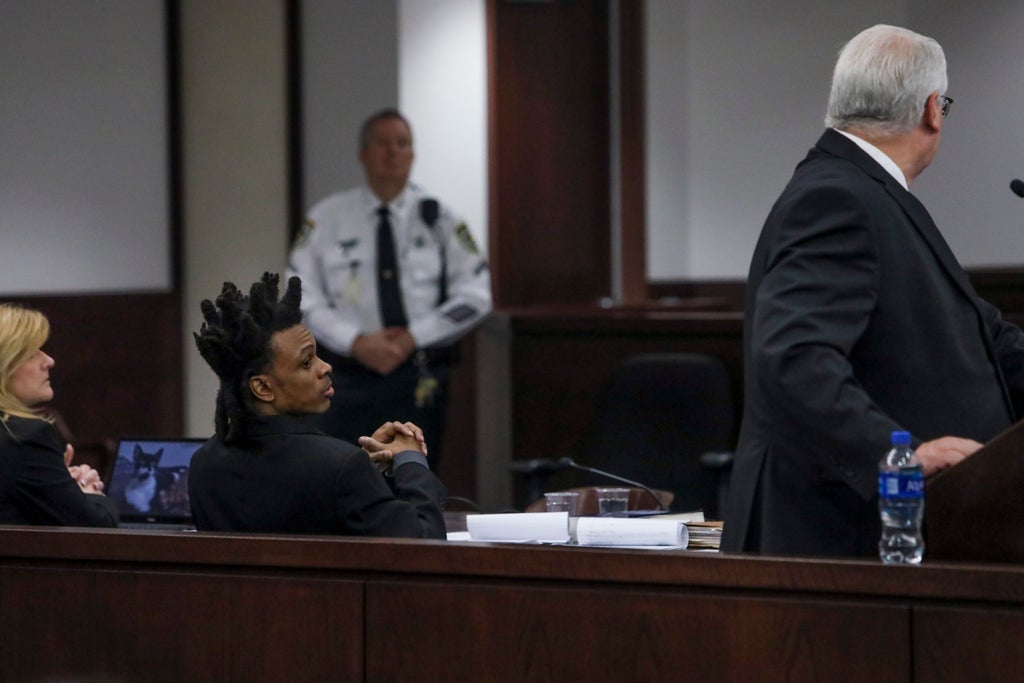 A double-murder defendant acting as his own attorney in Florida wrapped up his case Monday after shouting at jurors and prosecutors and acknowledging he killed his then-girlfriend.

“I want you to know the actual facts,” he told jurors. Then, turning to prosecutors, he said, “I did kill Kenyatta Brown. But I want you to tell it like it is, if you are going to tell it.”

Oneal, 32, acted as his own lawyer throughout the trial. During closing arguments, Hillsborough Circuit Judge Michelle Sisco intervened and warned him to stop using profanities.

The defendant spent most of his time Monday accusing the state of manipulating call logs and recordings for the night of the March 2018 killings. A state prosecutor called the claims “absurd.”

Oneal, who earlier in the trial cross-examined a sheriff’s detective before heartily thanking him for adopting his son, on Monday stridently criticized the move, suggesting it had prejudiced his son against him.

“You are ready to believe my son, whose statements are conflicting all of a sudden, because he has been adopted by a detective who worked in this case,” he said to the jury. “He had no business being around him in an open and pending case.”

The detective testified he worked the night of the attack but was not involved in the investigation.

Prosecutors say Oneal wounded Barron with a shotgun, then beat her to death. They say he used a hatchet to kill his 9-year-old daughter and wounded his son, then 8, with a knife. The daughter had cerebral palsy and could not speak.

Oneal is also accused of setting the family’s Tampa-area house on fire. The son survived and testified last week by remote video that he saw his father kill his sister with the hatchet and recalled his mother being shot. When questioned by Oneal, the boy told his father, “You stabbed me.”

Prosecutor Ronald Gale said during his closing argument that the state had proved beyond a reasonable doubt that Oneal was guilty of the double murder and attempted murder. Gale played a 911 call that included screams from Barron.

“This has been a very emotional case, and the evidence and testimony has been by turns gruesome and disturbing and just heartbreaking,” Gale said, asking the jury to put those emotions aside and deliberate on the facts.

Sony The Net Income of the Consolidated Financial Statements for the Fiscal Year – https://istanbulpost.com.tr

Orlando City eliminates Montreal, advances to quarterfinals in MLS is Back tournament (VIDEO)

Klopp impressed by Jota and Phillips in Liverpool victory