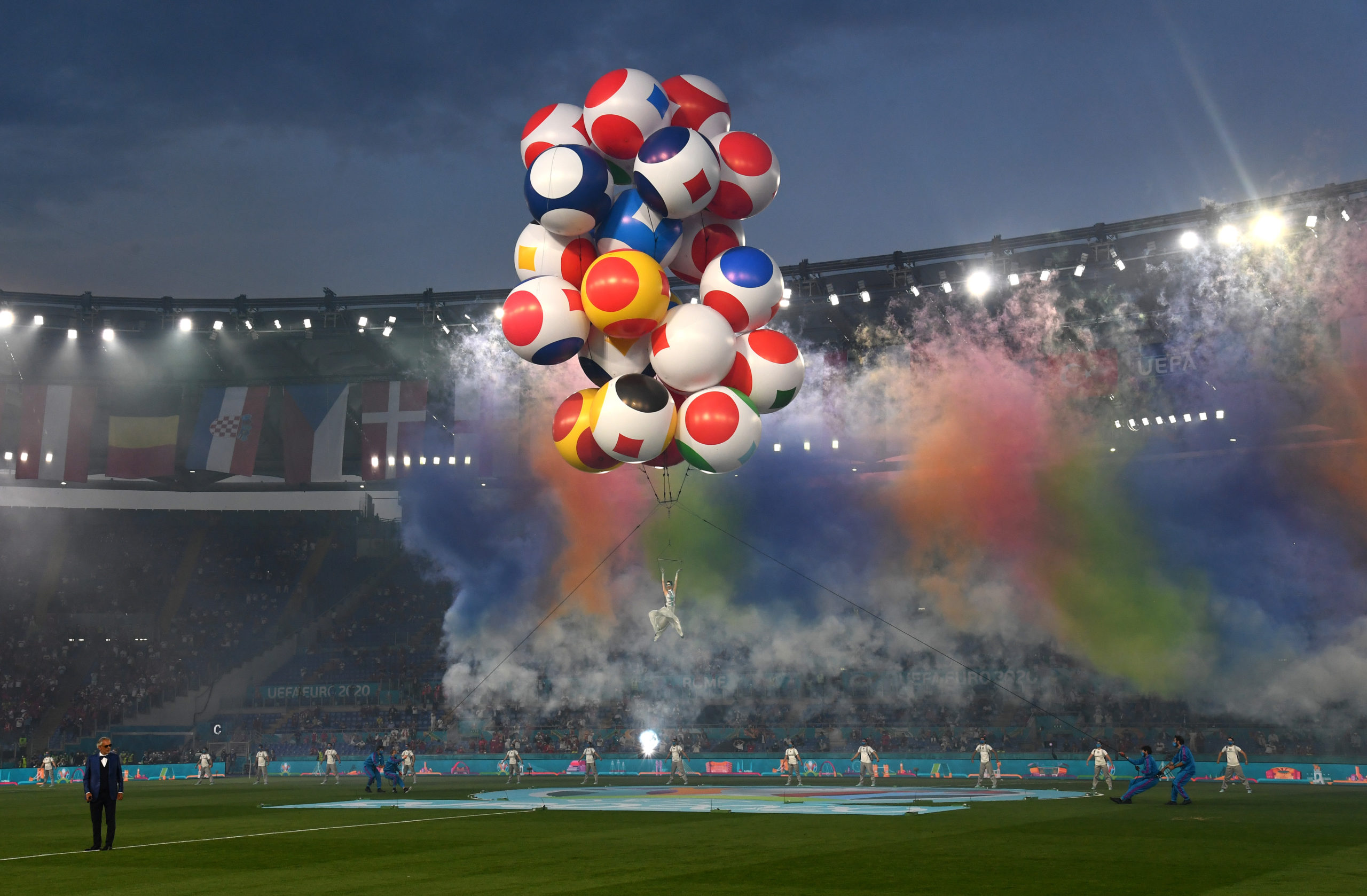 ROME — Italian Prime Minister Mario Draghi has made an audacious — if unlikely — bid to take the final of Euro 2020 away from England.

Wembley Stadium is set to host the final and semi-finals of the European football championships in July but there are concerns about whether those matches should go ahead in London because of a surge of infections in the U.K. linked to the aggressive Delta coronavirus variant.

Asked during a news conference in Berlin if he was in favor of moving the final to Rome, Draghi, said: “Yes … I will work to make it happen in a country where new coronavirus infections are not on the rise.”

Draghi, an AS Roma supporter, made the comments during a press conference with Angela Merkel where they both claimed football was the only thing that divided them.

Surging coronavirus case numbers led Boris Johnson to postpone by a month a lifting of restrictions that had been planned for June 21, and reportedly forced the British government and UEFA, European football’s governing body, to look into exemptions for travel and quarantines for visiting fans.

At the time UEFA did not rule out moving the final to another country, saying it had a contingency plan.

Other European capitals as well as Rome have been looking to capitalize on the U.K.’s woes. Munich has pitched itself as an alternative venue for the final, with Bavarian state premier Markus Söder saying the city is ready: “We would always be happy any time to host another match.”

Hungary has also been mooted as an alternative venue.

UEFA said there were no plans to move the game to Rome: “UEFA, the English Football Association and the English authorities are working closely together successfully to stage the semi-finals and final of Euro 2020 in Wembley and there are no plans to change the venue for those games.”

India To Have Submersibles That Can Carry Scientists To Depth Of 6,000 Metres Into Sea – Minister