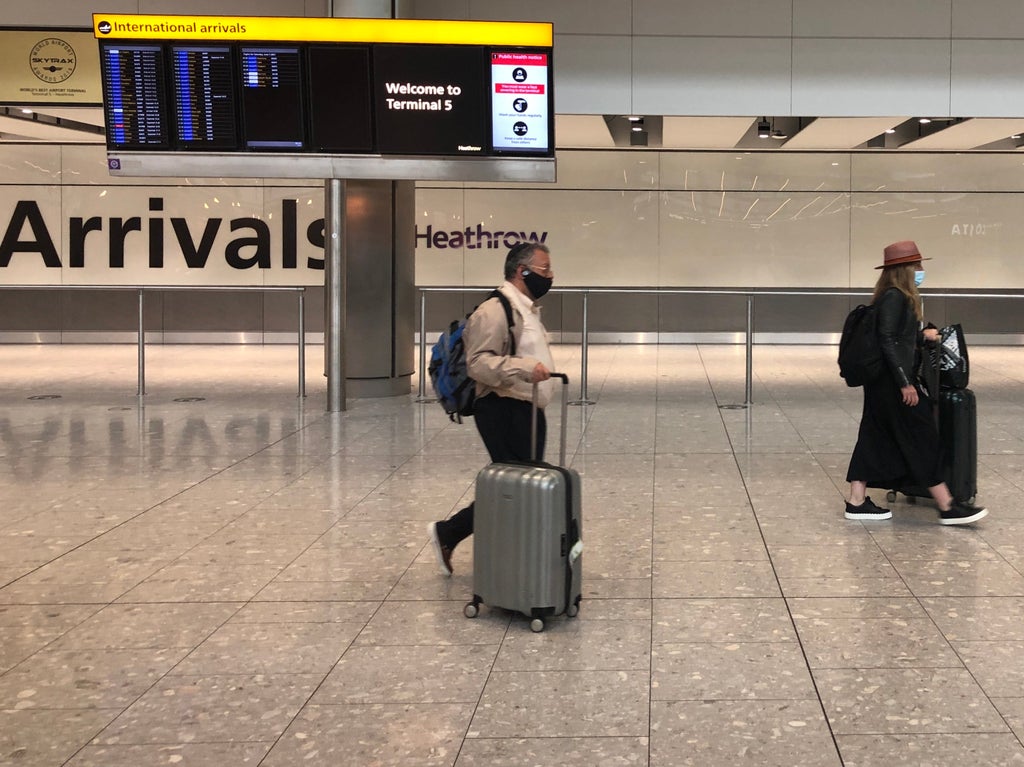 A senior Labour MP has made a stinging attack on the government’s international travel restrictions after returning from a trip to Europe.

Ben Bradshaw, the former cabinet minister who represents Exeter, launched a Twitter tirade against Boris Johnson as well as the transport secretary, Grant Shapps and the health secretary, Matt Hancock.

Mr Bradshaw wrote: “Returned from a European country with Covid-19 rates one-fifth of ours on Monday. No new variants in that country. Am double-jabbed.”

The Independent has asked Mr Bradshaw where he travelled.

The current onerous international travel rules are not eased for immunised travellers when arriving in the UK, although ministers have said they are investigating the possibility of reducing restrictions for people who have been fully vaccinated against coronavirus.

Almost all European countries are on the government’s amber list for arrivals to the UK, requiring 10 days of self-isolation plus a pre-departure test and two post-arrival tests – with an optional third test on day five for arrivals to England who wish to “test to release” and leave quarantine early.

The Labour MP, who is on the Transport Select Committee, continued: “Had PCR test before returning, €50. Negative.

Mr Bradshaw said that with Covid-19 rates in the UK now highest in Europe, it was irrational to consider someone who has been abroad as more of a risk than the average person moving about the UK.

“What is the logic of quarantining double-jabbed Brits returning with negative tests from countries with no known variants & far lower Covid-19 rates than the UK?

“Is this why you still refuse to publish the evidence to back up your ‘traffic light’ decisions?”

The government is preparing to reveal the next round of changes to the traffic light categories for international travel on Thursday. Arrivals from all but 11 countries and territories are required to quarantine.

Ahead of the decision, the British Airline Pilots’ Association is warning that UK aviation has been hit harder than anywhere else in Europe. The pilots’ union says the latest data shows the number of flights into and out of the UK has collapsed by three-quarters compared with pre-pandemic levels.

The Labour MP said: “If you don’t put a lot more countries on the green list this week, we‘ll know this isn’t about public health. It‘s about politics and control.

“You’re prepared in the process to sacrifice thousands more jobs in the transport and travel industries and prevent millions of Brits seeing family or other loved ones, or just having a holiday.”

Decisions on country categories are made by the Department for Transport (DfT).

A DfT spokesperson said: “Our international travel policy is guided by one overwhelming priority – public health – and traffic light allocations are based on a range of factors including genomic surveillance capability, transmission risk and variants of concerns.

“We are committed to protecting the country against the risk of variants, and every essential check introduced – from testing to the passenger locator form – is helping prevent new variants making it into the UK.

“As set out by the Global Travel Taskforce, we continue to engage with international partners, to explore how we can open international travel safely.”

Thursday’s announcement is likely to be more organised than the first review, which was characterised by leaks from inside government to media outlets. Any changes are expected to take effect about five days after the announcement.

EU agrees on extra $4.18 billion for migrants in Turkey