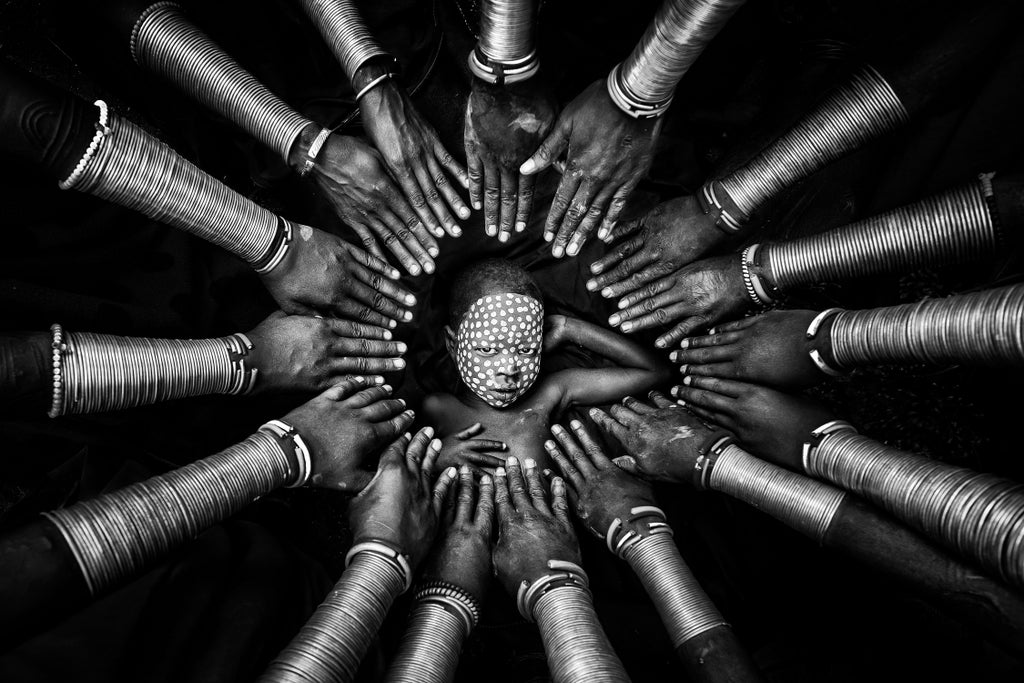 Portraiture is quite different to almost any other form of photography. Capturing the essence of a person in freezeframe poses a unique set of challenges, not least the complex, ever-changing nature of your subjects. The inaugural International Portrait Photography Awards showcase the best of this difficult discipline, pitting amateur and professional portraitists around the world against each other for a $10,000 prize pool.

These are our favourite entries from the awards, from French fashion shoots to the tribes of Ethiopia…

A portrait of a family of the Karo tribe, including father, mother, two brothers and two sisters. The tribe live along the Omo River in Ethiopia, and place a heavy emphasis on ornate body art and headdresses.

This hard-hitting shot depicts the photographer’s grandmother holding up a portrait of her younger self, shortly before her death during the Covid-19 pandemic.

A fisherman struggles against the swell and his reel on a stormy day on the New South Wales coastline in Australia.

A portrait of a traditional Kazakh eagle hunter at the Eagle Festival in Western Mongolia. For generations, these horsemen have trained falcons to hunt hares, foxes and other small mammals.

Taken in her studio in Buenos Aires, photographer Maria Presser set up this shot to imitate the classic oil paintings often found in art galleries.

This image shows a poor cattle herder looking over his flock in the fledgling nation of South Sudan.

John Powers captured this image as two novice monks wandered the corridors of their temple one sunny afternoon in Myanmar.

Women root through thousands of chilies to ruin any rotten ones before sending the crop to market. The radio is playing religious songs to keep them occupied while they work.

This heavily stylised photo argues that the self-indulgence of social media has always existed, simply in different forms for different generations.

A young Suri boy in Ethiopia paints his face with white clay, surrounded by the braceleted hands of women.

Taken in a small alleyway in the Kashmiri capital of Srinagar, this photo shows a street vendor slow-cooking kebabs over a charcoal fire, as the town comes alive in the early evening.

A lavishly decorated dancer performs as part of the Theyyam festival in the Malabar region of Kerala in Southern India.

Iran to vote for next president amid high nuclear deal tensions