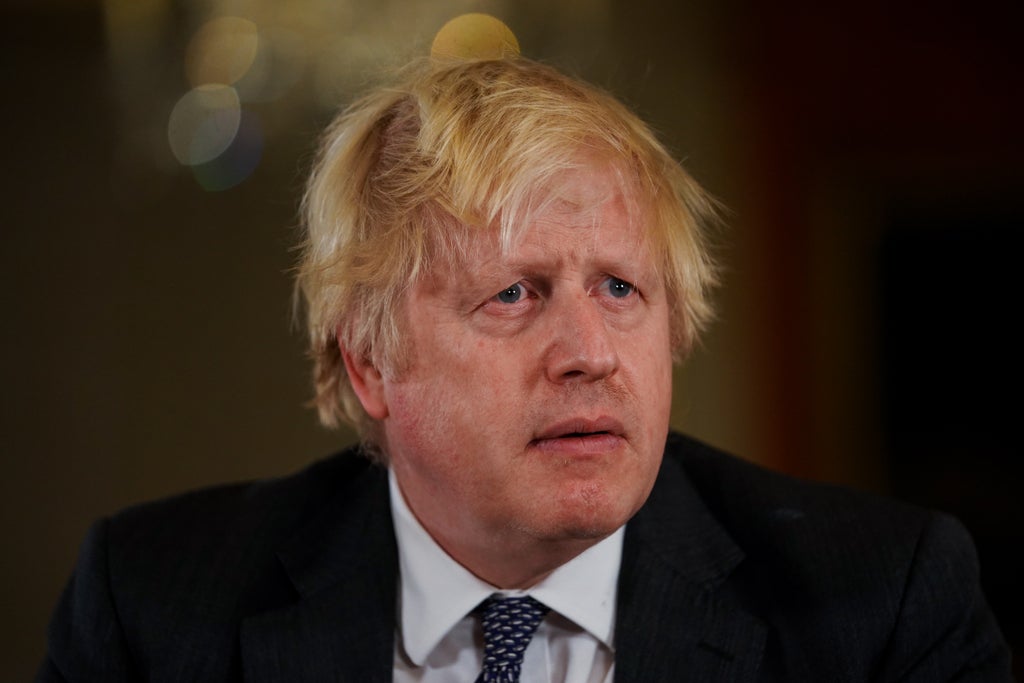 Boris Johnson “commuted” between Downing Street and his official country residence of Chequers during the first Covid lockdown period – even after telling the public to stay at home, No 10 has admitted.

The prime minister travelled to and from his grace and favour mansion in Buckinghamshire for more than 10 days after he first asked country to stop non-essential travel on 16 March 2020.

Asked about the period between 16 March and 27 March 2020, a Downing Street spokesperson said: “At that time, Mrs Johnson was heavily pregnant and had been placed in a vulnerable category and advised to minimise social contact.”

No 10 added: “In line with clinical guidance and to minimise the risk to her they were based at Chequers during this period, with the prime minister commuting to Downing Street to work.”

On 16 March 2020 Mr Johnson told the public to “stop non-essential contact and travel”.

The prime minister announced the first lockdown on 23 March 2020 with the order: “You must stay at home.” On 26 March 2020, laws came into force banning people from visiting second homes.

Mr Johnson and his wife Carrie used Chequers during the first lockdown period and staff at the country residence contracted Covid at the time, sources told Tortoise Media, which first reported on the PM’s “commuting” on Friday.

The prime minister tested positive for Covid on 27 March 2020 and headed into a period of self-isolation in his Downing Street flat.

Downing Street denied any rules had been broken by the prime minister’s commuting during the period. A No 10 spokesperson said: “This claim that the prime minister did not comply with lockdown regulations and guidance is entirely inaccurate”.

Pressure is mounting on Mr Johnson amid fresh allegations that leaving drinks events were held at Downing Street last April – the night before the Duke of Edinburgh’s funeral, while strict Covid measures were still in place.

No 10 has apologised to Buckingham Palace over the gatherings held on 16 April 2021 – the day before the Queen attended the funeral alone – but refused to say if Mr Johnson knew about them.

Separately, the former head of the government unit responsible for drawing up  Covid rules has apologised for organising a leaving drinks event during 2020’s Christmas lockdown.

Kate Josephs, ex-chief of the government’s Covid-19 taskforce at the Cabinet Office, admitted she had gathered colleagues together for her own leaving event on 17 December 2020.

Meanwhile, Mr Johnson is drawing up a list of officials to offer resignations over the partygate scandal in the weeks ahead as he battles to save his premiership, The Independent has learned.

Dubbed “Operation Save Big Dog” by the PM, the plan includes a drive to work out who should go after the publication of senior official Sue Gray’s report, according to sources.

Martin Reynolds, his private secretary and author of the ‘BYOB’ email, and Dan Rosenfield, Mr Johnson’s chief of staff, have both been noted as making a possible exit.

9 tips for remote learning from a seasoned psychologist