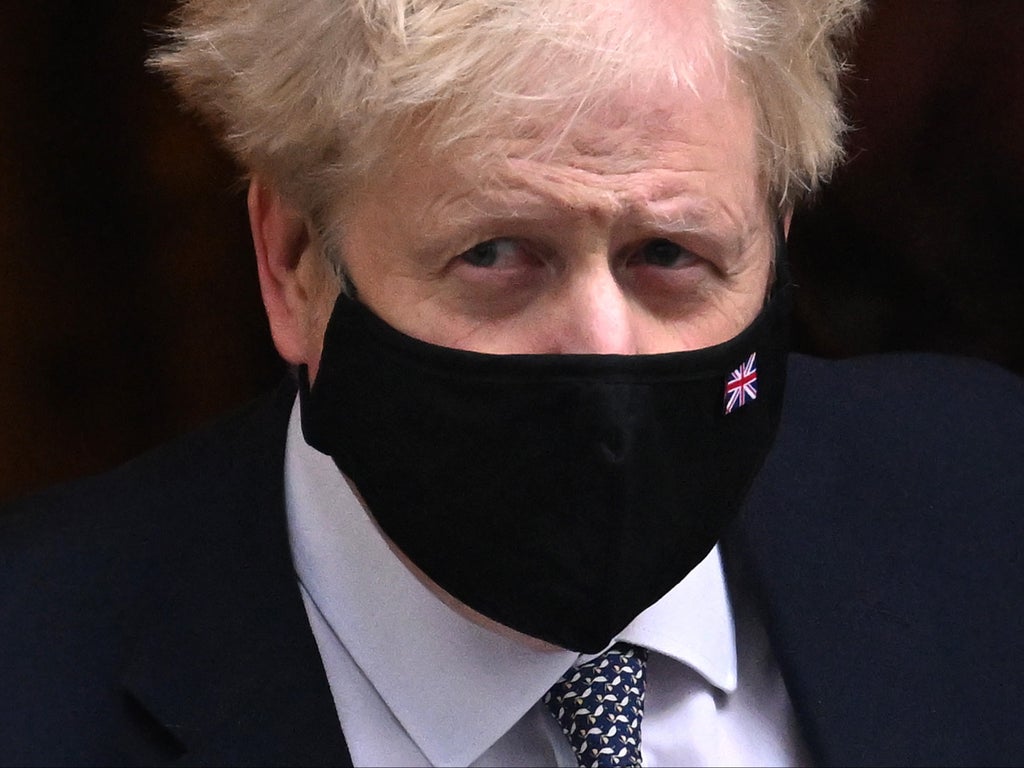 The former director general of the government’s Covid Taskforce has apologised over a gathering in the Cabinet Office for her leaving drinks during coronavirus restrictions days before Christmas in 2020.

Kate Josephs, who is chief executive of Sheffield City Council, said she was co-operating with a probe by senior civil servant Sue Gray.

In a tweet she said that the event on 17 December was to mark her departure from the Civil Service, and included staff “gathering … with drinks, in our office”.

The revelation comes on the same day as Downing Street has been forced to apologise to Buckingham Palace following reports of two No 10 parties held on the eve of Prince Philip’s socially-distanced funeral – but officials will not say if Boris Johnson knew about them.

The PM’s spokesman is also refusing to clarify whether it was acknowledged to the Palace that the gatherings were “social events”, which would have been in breach of Covid rules at the time.

It is understood the apology was made by a government official, in a telephone call – rather than in a conversation involving Mr Johnson.

Alex Salmond: push for Scottish independence while Boris Johnson is engulfed in scandal

Alex Salmond said independence supporters should capitalise on the scandal engulfing Boris Johnson and push for another referendum.

The former first minister predicted that Mr Johnson would be ousted this year after the outrage of Downing Street hosting parties during lockdown.

The Alba Party leader argued independence campaigners would “not get a better opportunity” to achieve Scottish Independence.

Mr Salmond said: “ It’s in Boris Johnson’s nature to have scandals. The Tories know that so, at some point this year, they will get rid of him. But, the question we should be asking is, who comes next?

“It’s not the task of Alba and it shouldn’t be the task of any Scottish politicians to replace Boris Johnson with another Tory, particularly when that Tory will be more organised, more popular, more formidable and more ruthless than Boris Johnson.

He added: “We must ask ourselves, given the total disorganisation of people like Johnson, Michael Gove and the rest of them, why on earth have we not been pushing the independence question?

“We will not get a better opportunity than to have the weakness at the very top of London’s Government, and that weakness should be Scotland’s opportunity.”

His comments come as polling by YouGov showed the Prime Minister now has a net favourability rating of minus 77 in Scotland – the lowest of all four UK nations.

Nazanin Zaghari-Ratcliffe is feeling more hopeful about her prospects of being released from prison after a British Council employee detained in Iran on spying charges was freed and returned back to the UK, her husband has said.

The British Council announced Aras Amiri, who was imprisoned for more than three years in Iran on fiercely-criticised spying charges, won her appeal to the country’s Supreme Court on Wednesday and has since arrived back in the UK, writes our women’s correspondent Maya Oppenheim.

The 34-year-old worked as an artistic affairs officer and was detained back in 2018 while visiting family in Tehran. British Council said it has always refuted the allegations against her after Ms Amiri’s 10-year sentence was overturned.

The rate of spread of Covid could be slowing, figures suggest, with a drop of nearly 10,000 new one-day infections.

Another 99,652 people have been found to be infected with Covid-19 in the UK in 24 hours, according to government statistics.

That was down compared with the 109,133 new infections recorded in the previous 24 hours but it brings the total number of infections to 15,066,395 – nearly one in four of the UK population.

The former head of a government unit responsible for drawing up Covid rules has apologised for organising a leaving drinks event during 2020’s Christmas lockdown.

Kate Joseph, ex-chief of the Cabinet Office Covid taskforce, admitted she had gathered colleagues together for her own leaving event on 17 December 2020.

It took place while strict curbs on socialising remained in force in London.

Campaigners say Covid fines must be rescinded amid No 10 ‘impunity’

Coronavirus prosecutions must be stopped in light of allegations government figures broke the law “with impunity” while ordinary members of the public were punished, campaigners have said.

The Fair Trials group called for the almost 120,000 fines issued so far in England and Wales to be rescinded and for all charges under Covid laws to be withdrawn, reports our home affairs editor Lizzie Dearden.

“We cannot have a justice system where people in power can break lockdown with impunity while others are prosecuted and fined,” CEO Normal L Reimer said.

Meanwhile, figures obtained by The Independent show that 30 per cent of the Covid prosecutions so far reviewed by the Crown Prosecution Service – 803 out of 2,716 – were wrongful.

Watch: No 10 apologises to Queen for parties on eve of Prince Philip’s funeral

Kate Josephs, formerly the head of Boris Johnson’s Covid taskforce, has issued a public apology after admitting to hosting a leaving drinks in the Cabinet Office in December 2020.

She said the event on 17 December was to mark her departure from the Civil Service, and included staff “gathering … with drinks, in our office”.

“I am truly sorry that I did this and for the anger that people will feel as a result,” Ms Josephs, who is now the CEO of Sheffield City Council, said. “Sheffield has suffered greatly during this pandemic, and I apologise unreservedly.”

She added she was “cooperating” with the Sue Gray inquiry, but felt the need to speak out.

At the time of the event, London and the southeast of England were in strict Tier 3 measures. And just two days later, on 19 December, the PM imposed an effective lockdown in the capital and vast swathes of the country. Some days later, Christmas celebrations would go on to be cancelled for hundreds of families owing to the situation.

Ms Josephs finished her statement by saying she “will not be able to respond to any further questions until [Ms Gray’s] investigation is complete”.

‘Most corrupt government ever’: Public reacts to party allegations

Hours after explosive reports emerged of two lockdown-breaking parties in Downing Street last April, the general feeling at a branch of Co-op where a government staffer allegedly filled a suitcase with bottles of wine was one of disappointment.

The government was accused of being “the most corrupt we’ve ever had” as customers and passers-by reacted to the allegations outside the supermarket on The Strand, near Whitehall, reports Chiara Giordano, who spoke to members of the public in central London today.

A pair of former civil servants said they were “disgusted” by the latest allegations of leaving parties being held at No 10 last April. One man, asked whether he thought the PM should resign over the string of government rule-breaking allegations in recent weeks, said: “Yes, he probably should – but as a Labour supporter, I’m quite happy for him to be here and to mess things up.”

Michael Gove says changes will need to be made in government once Sue Gray’s partygate report is published – but denied there is a need for Boris Johnson to resign as part of that “shake up”.

The levelling up secretary, speaking to ITV news during a visit to Manchester, said he could “completely understand the sense of exasperation and anger that people feel” after more reports of unlawful parties inside No 1 during the pandemic.

But, he quickly added, decisions could not be made until the report by senior civil servant Sue Gray had been finalised. “Rather than a sort of drip, drip, drip of revelations, we need to have a complete, full, candid account of everything that went on … let’s do that, let’s do it quickly, but let’s also do it with all the facts in front of us,” he said.

Asked if he felt embarrassed about the most recent parties being reported on, which took place last April, Mr Gove said firmly “it’s not about embarrassment” and that he thinks “everybody is just understandable exasperated”.

Loyal to his boss, though, he said giving the British public “the truth” was more important than sacking Mr Johnson leaving his job.

Sputnik Light to be available for revaccination in Kazakhstan soon

Crypto Capital owner’s attorneys no longer want to represent him