Why coaches are the unsung sustainability superheroes of our roads 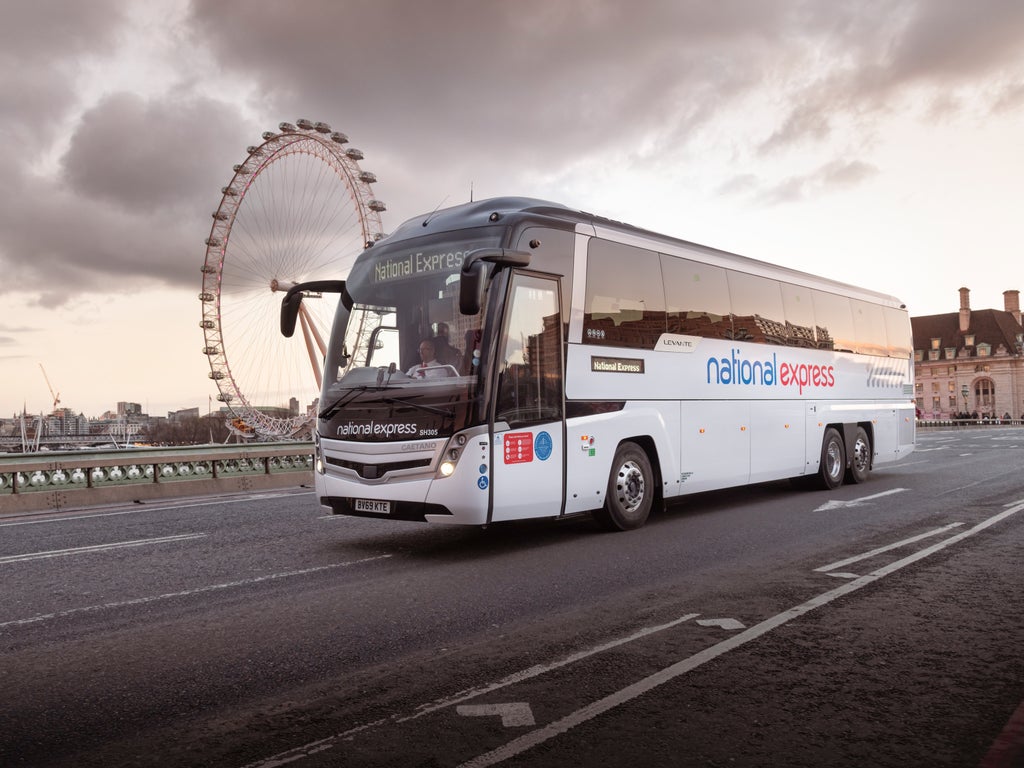 At 7am in the depths of winter, stood at a National Express bus stop in Chepstow en route to a work thing in London, I was feeling a bit puzzled as to why I hadn’t opted for coach over train before: after all, the experience was gifting me a close-to-home pick-up, a direct service, seat guaranteed, and I was cock-a-hoop at having parted with just a sixth of the rail fare. On board I was yet more impressed, the driver so kind to a young mum overladen with babes and bags that I tweeted to laud the service.

So it was all with a mild sense of shame that on arriving at the Work Thing (on time, for the record), I muttered rather than shouted that I’d arrived in the big city by coach. Coaches just aren’t sexy, right? There’s somehow far more kudos in performing a corporate sashay down the platform amid Paddington’s Great Western Victoriana.

As I sit here now challenging myself on the unexpected whiff of shame I’d attached to my journey, I have a stark realization – that my coaching frame of reference is just hopelessly out of date, having not boarded one in over a decade. Like many people, I’d reduced coach travel in my mind to a simple caricature of ‘Dave’s Coaches’ a la Gavin and Stacey, rammed with pensioners on a Turkey ‘n’ Tinsel weekender in Rhyl, all swaying to the mocking yet affectionate tones of The Divine Comedy’s “National Express”.

The truth is, given the personal benefits of opting for the coach, we’re all complete mugs if we don’t consider travelling this way: in reported road accidents in 2020, there were fewer fatalities for those journeying by bus and coach than for any other road user type. It’s also the ultimate stress-free way to travel – let someone else drive you, navigate you, park you – and there’s a degree of mod-con so far removed from grotty school bus days it’s little wonder luxury coach is the preferred mode of VIPs, Premiership footballers, et al.

One of the most significant advantages of travelling by coach is found in its environmental value, a factor affirmed by Mark Williams, editor of Bus and Coach Buyer magazine. “Coaches offer real solutions to pollution issues,” he says, every bit the coaching evangelist that the job title demands, “and it’s pretty easy to see how much more efficient they are than cars: average car occupancy in cities is roughly 1.3 people and each car will use a gallon of fuel every 30 miles; coach occupancy is around 40, using a gallon of fuel every 10 miles.”

With average carbon dioxide emissions per coach passenger per journey around 1.5 times lower than rail, five times lower than air, and six times lower than car travel, he’s got a point. And that’s before we’ve even touched on congestion: just one coach keeps up to 50 cars off the road.

If the data’s this transparent, I have questions: why can’t I recall a single media splash to enlighten us all on coach travel’s eco-credentials while train travel hogs the sustainability spotlight? Does the coach industry have an inferiority complex? How does one go about convincing the road users of the future to make coach travel their ‘go-to’ (and to wear their young person’s coach card as a badge of honour)? And is the coach too slow to meet the modern-day traveller’s speedy boarding pace?

The further I engage in conversation with industry insiders, the more I’m happy to be enlightened on the last two questions at least, with Mark not at all buying into the slow lane theory: “Compare flying from London to Paris with getting there by coach. When you’ve taken into account the time it takes to get to the airport, through the airport and wait around, transfer time and so on, the coach rolls in only about an hour after the flyers.”

Scratch the surface and it turns out companies are already engaging with Gen Z – and winning when it comes to fulfilling their travel expectations.

It seems that some coach passengers wouldn’t want to get to their destination much quicker anyway, according to Donna Jeavons, Sales and Marketing Director at Contiki, a provider of worldwide escorted tours by coach for 18 to 35-year-olds.

“The social aspect of the journey is a key feature of our trips,” says Donna. “One of the things we still struggle to convey in our marketing is the depth of connection our travellers make on board. By the end of the trip everyone’s in tears saying goodbye, making firm plans to stay in touch,” she says, referring to the mix of solos, groups of friends and multinationals who book onto the company’s itineraries – including European Horizon, an 11-dayer from London hitting eight countries that includes a stay at Contiki’s exclusive Chateau de Cruix.

Frequently mourning the loss of social life on behalf of my own 19-year-old, I can see why the value of meeting new people matches the value of seeing far-flung places. After all, this is a generation playing catch-up on their peer interactions after almost two years of yo-yo-ing restrictions. And while Interrailing might seem on paper to be more intrepid and independence-yielding, you’re considered a lunatic if you so much as make eye contact on a train. Coaching socials aside, Donna’s also keen to share the other pluses of their escorted tours, from budgetary considerations (a five-day ski trip from £213 is pretty competitive), to peace-of-mind (there are fewer unknowns when you’re on a schedule, in a group, and under the wing of a trip manager).

She also highlights the breadth of experience available. “Sometimes there’s a perception that young people on coach trips just want to drink and party, probably a ‘hangover’ from the old Club 18-30 brand image. That’s not what our customers want anymore. They want to have fun but they’re also seeking fulfilment,” says Donna, referencing some of the learning, wellness and ethical experiences available on their trips.

Contiki also has to meet Gen Z’s expectations on the environment too – the brand uses a fleet of vehicles adhering to Euro 6 emissions standards (“we use the most fuel efficient and eco-friendly coaches on the market – the filter cleans the air as it goes”) with rooftop solar panels that help to extend battery life. It also announced it would be carbon neutral from this month, with plans to offset all passenger trips by purchasing carbon credits.

John Boughton of National Express is another insider queuing up to share the industry’s green credentials: “The fact that travelling by coach is greener than rail travel is something that the man on the street just doesn’t realise,” the Commercial Director explains. “It’s the underappreciated form of transport, partly because the government doesn’t obsess about coaches in the same way that it does about rail. The reality is that coaches are quietly doing an incredibly sound and sustainable job of moving people around the country. In 2019 we fulfilled 21 million passenger journeys – that’s a colossal thing to sit in the background.

“And a lot of people simply don’t consider taking the coach. Their first thought is the train, and if they see that the train’s really expensive or there’s disruption on the route, the second thought might be, ‘Oh, I‘m going to have to drive’. A coach comes third. That’s generally the order of things for a lot of people.”

Minds do change, he says, when people see the significant price difference. And there’s progress too in terms of getting younger people on board, particularly student populations. “For 18 universities around the country, we stop on campus – it couldn’t be more convenient.”

National Express aligns itself to young people on the festival front too, working closely with the likes of Glastonbury on travel and ticket packages. It’s a proper win-win: the venue’s car parks aren’t overwhelmed; locals are happier that fewer convoys of vehicles are clogging up their country lanes; National Express gets its single biggest day for revenue; the planet’s better off; and, significantly, the festivalgoers are happy, both because coach packages go on sale before general ticketing opens, and because they get dropped off and picked up in comfort almost directly on site.

“Coaches have moved on,” concludes John: “If you get on a coach now, it’s new, comfortable, with lovely leather seats, Wi-Fi, and a USB charging point for your phone – it’s an experience. We always recommend any new commercial partners try out the service, and they always say ‘wow’ – they’re really, genuinely surprised.”

And the song National Express? Is it a blessing or a blight, I wonder? “It’s a blessing,” laughs John. “I think it helps to cement National Express as this iconic brand that we all love and should use. My nine-year-old son recently asked me ‘Why don’t Megabus have a song?’”

Should We Watch Something? • Photo Gallery